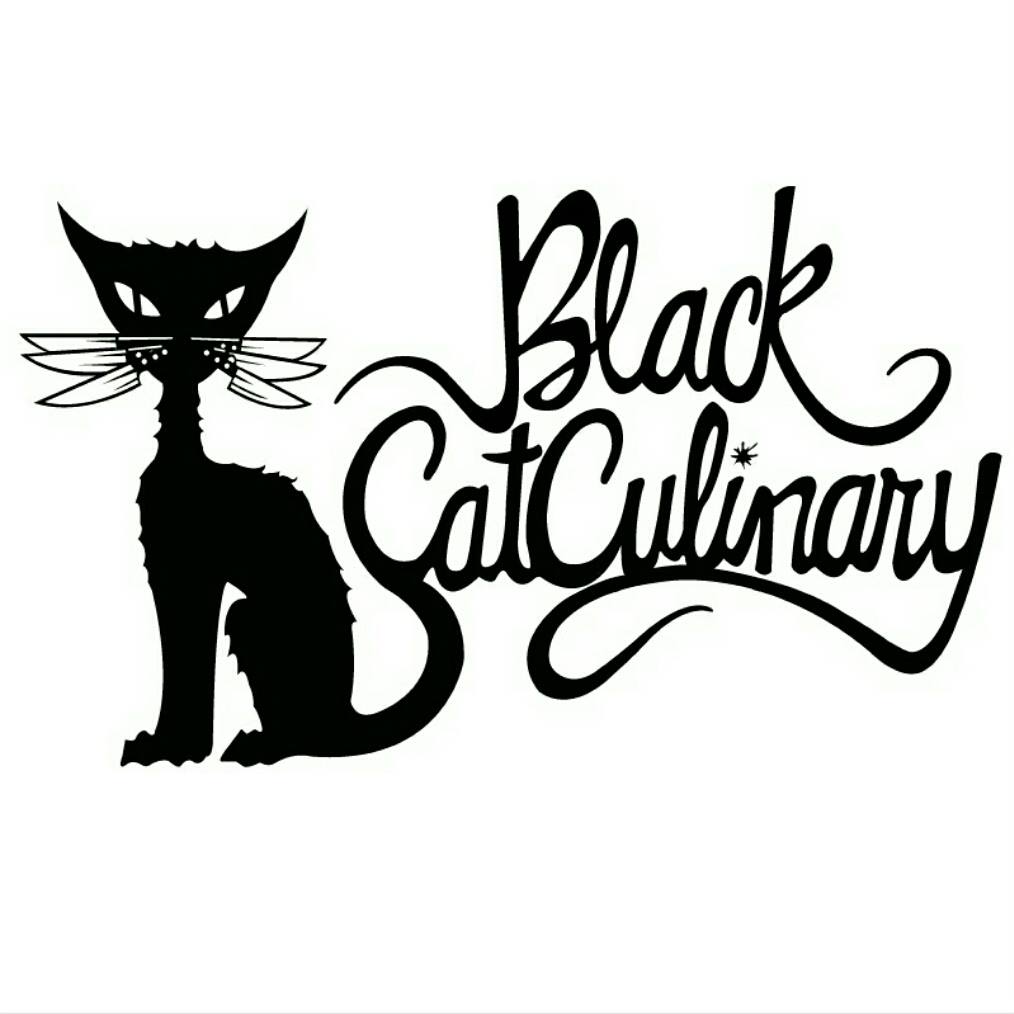 Chef Heather Feher has a passion for all things that involve fine food and grim music. She has catered tours and all kinds of music festivals and has channeled her love of these things into her growing business, Black Cat Culinary. We caught up with the entrepreneur and Food Network alumnus via email about her business and how the music she loves has shaped everything from her menus to her path.

Tell us about your business, how you got your start, and how you managed to mesh your love for fine food with metal?

Black Cat Culinary is part catering, part fine dining, part classroom, part popup – fueled by music. I actually started touring straight out of high school working merch for a vendor on Ozzfest back in the day. I fell in love with the lifestyle and did that for a few years, while pursuing a degree in music business – my original goal was do do album art and book shows. I was working in restaurants to pay my rent, and after a while I started doing unofficial “aftershow food” for some of the bands – because backstage catering (unless you’re in country or pop making tons of money) is notoriously terrible. During the summer of 2008, I was on tour with Projekt Revolution, and i walked into catering expecting the worst – but found a full from-scratch middle eastern buffet. The caterers traveled with us the entire summer – I was blown away. I was nearly finished with culinary school at that point and I never even considered tour catering as an option because I simply didn’t know it existed. It’s a difficult business to get into because there are only a handful of caterers that do tours and most will not hire someone they don’t know – you’re living with your co-workers for months at a time and cooks have notoriously shitty tempers. I sent them my résumé 65 times over the course of 4 years and eventually got hired. I worked with them for a few years – they are based out of Tennessee, so the majority of the acts I toured with were the big names in country. Things started to slow down and I realized I really missed cooking for *my people* – so I branched out on my own and started Black Cat officially in the beginning of 2014. It’s slow but steady – there isn’t a ton of money in metal for “extras” like catering, but the gigs I’ve gotten have been amazing. I’ve also started throwing these ridiculous food pop-up parties – last month we had a viking themed pig roast, there’s a costume party in the works this month – I like to have fun with themes. 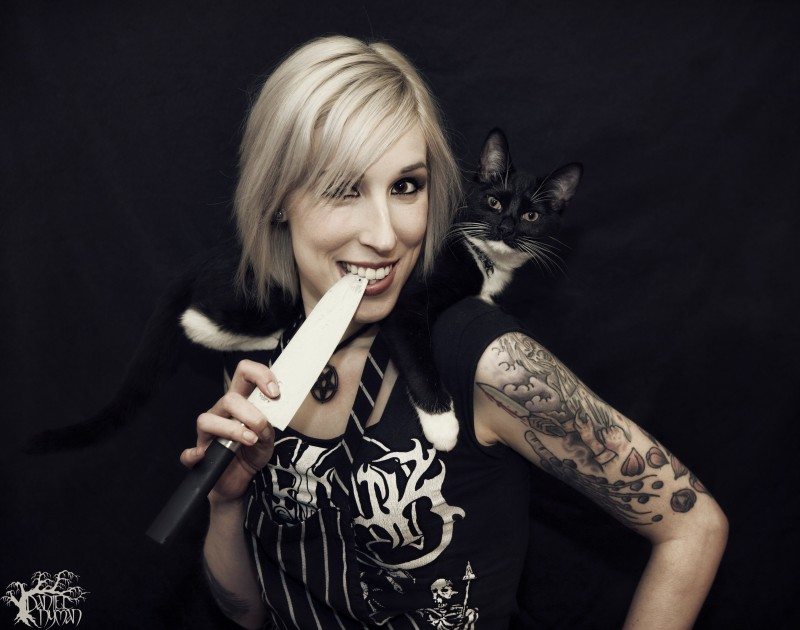 What are some of the metal related events you have worked at and how does that compare with catering for things such as weddings and corporate functions?

Well, I got my start in the trenches of Ozzfest – back when it still had a carnival, no less! I spent 4 years with that crew before doing Projekt Revolution, Mayhemfest, and Sounds of the Underground. My “most metal gig” has definitely been Blastfest in Bergen, Norway – it’s a grim and frostbitten black metal fest that spans 4 days in the middle of February. That crew is amazing, and so much fun to cook for! I really made it a point to not do many weddings with Black Cat Culinary – friends and special themed weddings only. I like to do stuff that stimulates me creatively – so if you’ve got a Harry Potter themed wedding or want to make a menu based around the Salem Witch Trials, get at me! Otherwise – honestly, I just get really bored with the corporate stuff. I know there’s a LOT of money to be made in both of those avenues, but I went from working at one of the best restaurants in the world to working for a large high volume caterer doing galas for 500+ people… and it’s soul sucking. I remember there was a day I had on those vinyl cattle examination gloves that go halfway up your arm and I was elbow deep mixing this trough of corn salsa and I almost lost it. I almost just quit food entirely. Events like that kinda kill my spirit. I love what I do, and I want to cook for people who appreciate the effort that went into it – not make sandwiches and pasta salad for 300 CEOs . In that world, you also have to be so… professional. I’ve been asked to roll down my jacket sleeves to cover my tattoos, or to wear a hat that completely disguises my hair… and we can never listen to music in those environments! That’s really the biggest difference to me – when I’m cooking for a festival or tour, it’s so much more laid back. We wear jeans and t-shirts, we listen to music, we make dirty jokes about anything and everything, we speak freely, and we have a beer at the end of the day. There’s no need to pretend to be someone you’re not when the whole crew is on the same page. 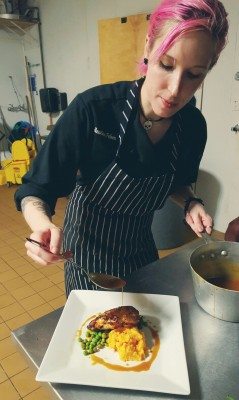 What is your approach to creating the menu for the perfect (metal) music event?

If I’ve learned one thing, it’s that bands like to feel included – and most musicians are really silly. I also LOVE puns, so my first draft of a menu is done months in advance before I know any specifics – naming the dishes after the bands! If a band has a food related name or something that can sound food related, I usually try to include that on the menu. Some of the favorites from last year were Porknagar, Satyricorn, Impaled Nazagreens, Chicken Tstewder… you get the idea! It’s so ridiculous, but people were talking about it all weekend. I’ve never had a menu tweeted so many times! Anyway, once I get some ideas about what could be on the menu, I sit down and go over allergies, aversions, weird food preferences, and budget, and try to make something from there. I either try to theme my menus based on a specific region or style of cuisine (French, Asian, New Orleans, Mexican, etc) to make them cohesive, so that all the flavors mesh well together. If we have a day off before or after the show in a city known for its food, I won’t make a menu based around that cuisine – I’d rather everyone goes out and experiences it firsthand! Sometimes I take requests too – after a few weeks on the road, if one of the guys has a craving for something specific, I’ll try to work it into lunch or dinner. I try to keep everyone happy, and I also try to keep the food relatively healthy and light – it sucks going back to work after a super heavy meal! I try to have lots of local vegetables, lean proteins, lots of flavors and spices, and complex carbs to keep the musicians and crew running all day long. 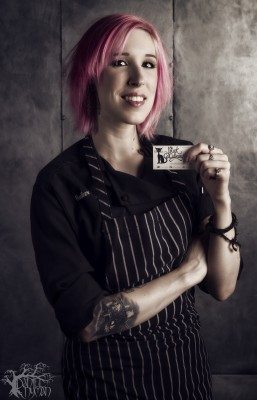 Oh man – it’s really all over the place. If I’m just hanging out listening to music, I definitely gravitate towards the more melodic side of black metal – Mgla, Dissection, Marduk, Carpathian Forest, Sargeist, Watain, Rotting Christ, Inquisition, Emperor, stuff like that. I love the stuff coming out of Quebec like Monarque, In the kitchen though, I’m more likely to put on some older power metal, some Maiden or some Manowar, or the more folky stuff like Finntroll, Korpiklaani and Ensiferum, stuff like that that I can really sing along to. The upbeat stuff gets me through the day faster. It really depends on the day though – sometimes I’ll throw on the entire Amebix discography and just totally zone out. Sundays are for David Bowie though. I don’t remember when it started, but every time I’m making breakfast or brunch on Sundays, Bowie rules the kitchen. I also have a not so secret soft spot for Stevie Nicks… it also depends on who I’m working with. The only thing I really dislike (aside from modern country, rap, and most pop) is definitely Bob Marley. I worked with this guy for an entire summer who played Marley on repeat – it was like slow torture. 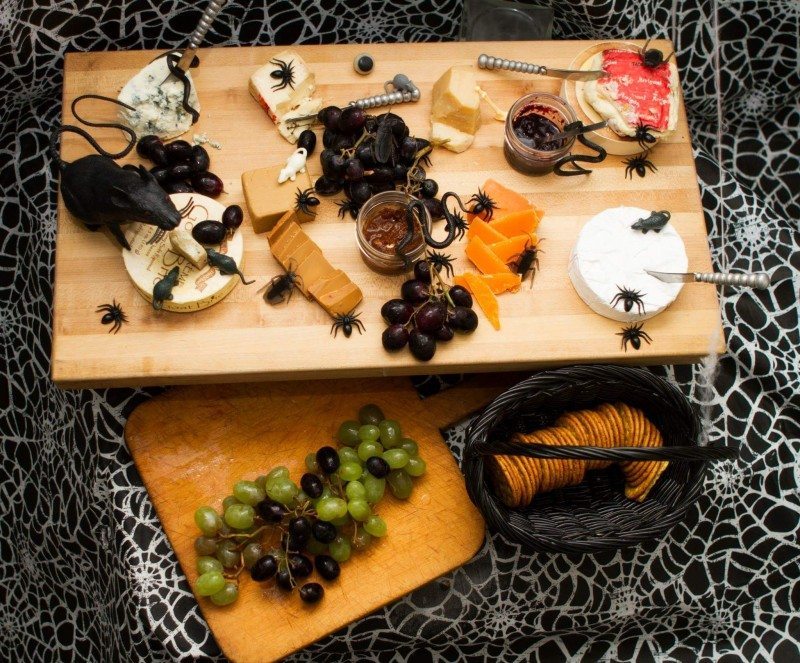