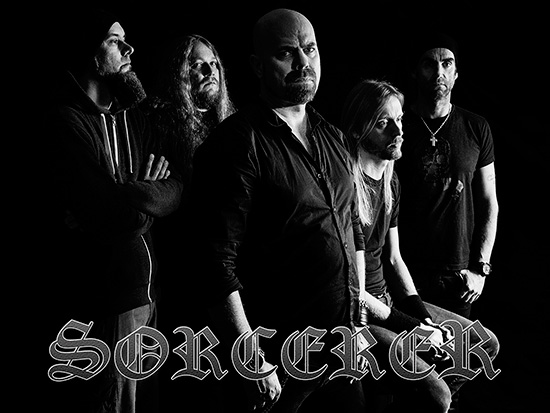 Best known for being bassist in Tiamat during their meteoric rise of the mid-90s, Johnny Hagel has returned to his 80’s act Sorcerer, whose début album In The Shadow Of The Inverted Cross (Metal Blade) caused a ruffle with its classic Doom sound when it was released earlier in the year. With a high profile show looming in Stockholm, Johnny took time out to talk to Ghost Cult and give an overview on just what Sorcerer are (and aren’t). And they aren’t Tiamat… 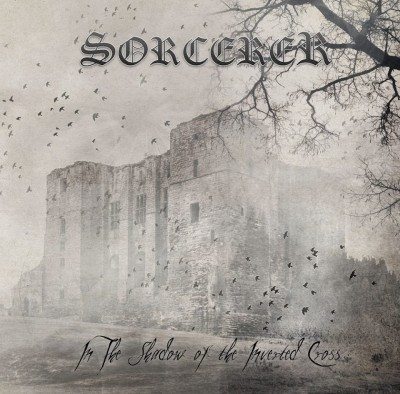 I started to get into Death/Extreme metal around 95-96, when it seemed like the rest of the world was busy getting out of it – lots of bands were broadening their influences and distancing themselves from the style, and Tiamat were very much part of that. These days the trend seemed to have reversed – with bands like Bloodbath being formed by ex-ex-Death Metal musicians, and Paradise Lost discovering their long-neglected roots – and you’ve gone even further, returning to both a style of music and a band from before your Death Metal days. Why do you think this is?

“I have no idea how other bands think when it comes to their music so I can only speak for myself and the bands I have been in. With Tiamat the big change came from the first album Sumerian Cry (CMFT) to the second Astral Sleep (Century Media). Back then Tiamat changed band members, so that could have something to do with it.”

“When I joined the band just before Clouds (also Century Media) the band just continued the change which felt natural for us. I mean, if people want bands that doesn’t change there is always AC/DC and Motörhead and they do it very good.”

“But most bands want to explore other influences and not try to repeat themselves too much. If no band would ever change their style there would not be any new styles. Even death metal came from someone who tried something new.”

Is it (as some unkind journalists have suggested) a kind of musical mid-life crisis, or is it just the next stage in “growing up”?

“I don’t think it is a mid-life crisis. Music is a form of art and I think what drives music forward is the will to test something new, or mix the old with something new at least. Then what is growing up? Of course you get older and get new influences, and that is good I think. And who am I to judge what kind of changes other bands do?”

“The most important thing is that the music is good, not that you stayed “true” to your style.” 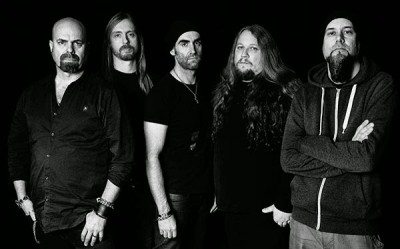 “Retro” bands have traditionally received quite a mixed reception, with some critics seeing the careful recreation of an older style of music as an ultimately futile endeavour. Are you happy to regard Sorcerer as a nostalgic tribute to past glories, or do you see it as more than that?

“I don’t see Sorcerer as a nostalgic band, even if I can understand that people do. Sorcerer will never sound “modern” in the way some bands do but I also hope that we never will sound outdated.”

On a superficial level, the lyrical themes on the album seem much more traditionally Heavy Metal than some of what you’ve explored in the past with Tiamat. Was this a conscious decision to identify with the traditional trappings of the genre, or were they intended to function on a different level?

“Every band has its profile, both musical and lyrical. With Tiamat the lyrics were deeper compared to with Sorcerer, where the lyrics are more fictional. I don’t prefer either, I just want to have lyrics that fits the music.”

Now that Sorcerer are back after a significant absence, is this a one-off return to ideas left unexplored, or are there plans for the future?

“No, we want to record more albums. We have already started to write and hopefully it would not take another 20 years… To write a good album takes time, more than the average music fan thinks. I am into writing albums as I think Sorcerer is an album band and not a singles band. I personally love albums.”

Read our review of In The Shadow Of The Inverted Cross