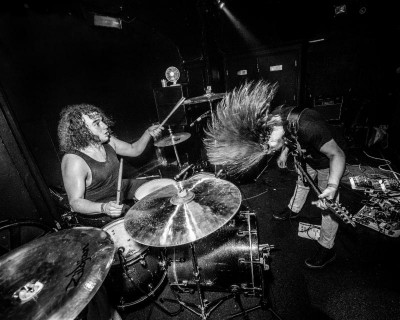 UK duo God Damn is releasing their new album Vultures on May 12, 2015 (May 11, 2015 internationally) via One Little Indian. Stream “When The Wind Blows” here. 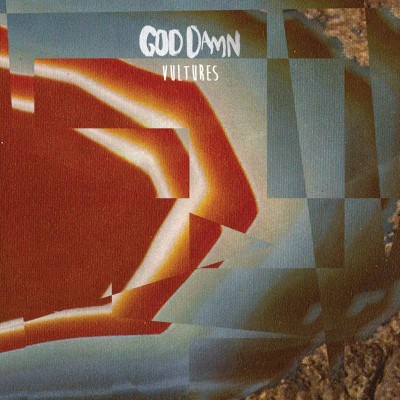 God Damn enhances its red-hot burning molten pot of pop hooks and grinding, bludgeoning riffs and rhythms with Vultures. In fact somehow, amidst the dizzying blend of barbed wire guitars and lung-shredding vocals, the duo found a way to create music that lyrically reflects purpose, meaning and heartfelt intent. Were a noisy band were probably the loudest band in Britain right now, declares Thom Edward (guitars/vocals). But you cant have heaviness without the lighter touch. Dynamics are important.

Hailing from the West Midlands, God Damn is comprised of Edward and Ash Weaver (drums). Having released a handful of singles over the past few years, the duo took the British rock scene by storm with their sonic blasts of glorious noise, leading to them sharing stages with the likes of Eagulls, Pulled Apart By Horses, Icarus Line and The Wytches.