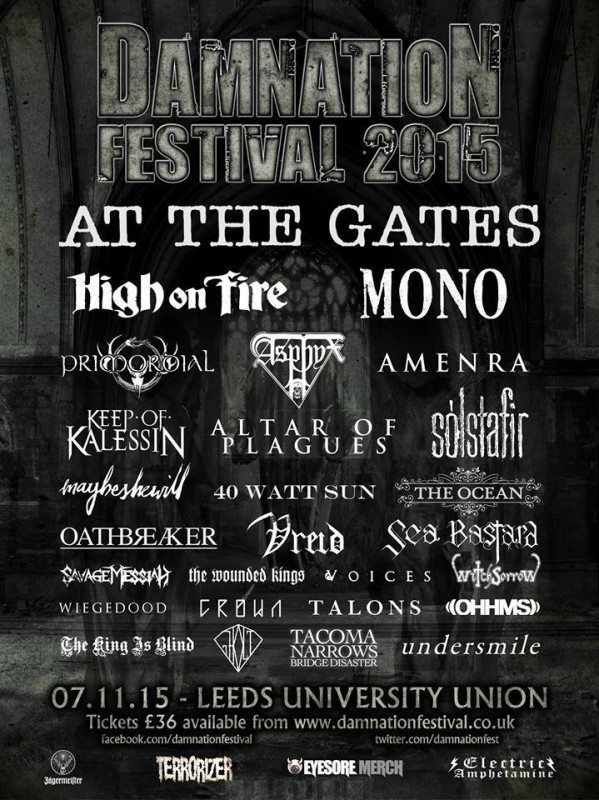 Half an hour after doors opened to the latest instalment of what is surely one of Europe’s premier indoor Metal festivals, my gig buddies and I witnessed a spotty oik giving lip to a (albeit somewhat intolerant) doorman; meanwhile, one or two of said security bod’s less experienced colleagues were being unnecessarily stringent in barring perfectly acceptable entries to the Leeds university Old Bar. Youth, it would seem, is not always the desirable status us old’uns seem hell-bent on recreating… 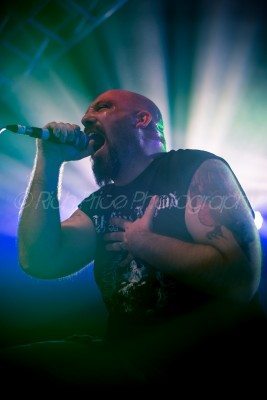 As if to prove a point, the experienced boys of Colchester’s The King Is Blind ripped the Terrorizer stage a new one with their Blackened Death Doom hybrid and, in doing so, gave Damnation 2015 a fiery opening. The initial crowd had bred tenfold by the end of opener ‘Devoured’, and it was obvious from frontman Stephen John Tovey’s grinning visage that this was as enjoyable for the protagonists. Tovey threw horns with gay abandon and the band produced drops with the weight of a crash of rhino. New track ‘Genesis Refracted’ was lapped up by a crowd which needed a little time to get going, but eventually whipped up a small but vicious ‘pit’. 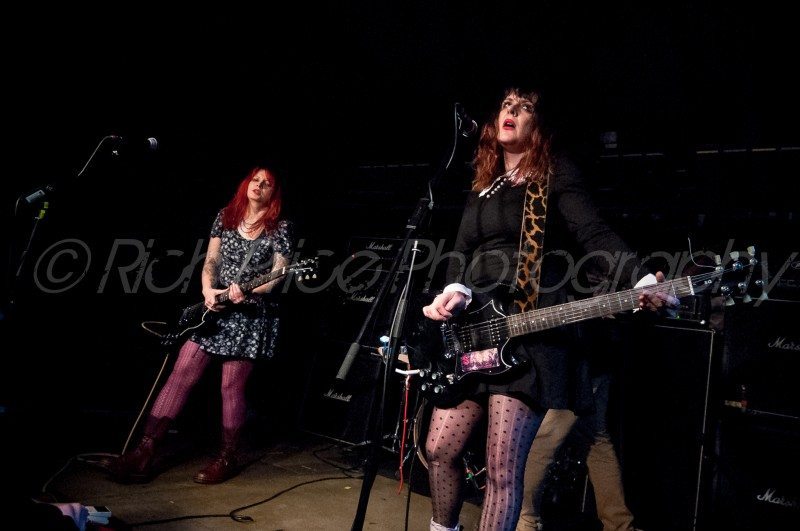 Undersmile had the crowd to themselves in the day’s only ‘non-clash’ slot on the Electric Amphetamine (referred to as the ‘Mine), third, stage, and every note of their shuddering Grunge Drone splintered bone. The screamed “Swim on” refrain of set opener ‘Atacama Sunburn’ disembowelled, the bewitching defiled dolls Hel Sterne and Taz Corona-Brown holding court whilst rhythm partners Olly Corona-Brown and Tom McKibbin waited to deliver the crush. A snaking, pulverising ‘Sky Burial’ concluded a hypnotising yet visceral set and surely gained this prepossessing quartet more fans in the process.

The first offering of three from the Belgian ‘Church of Ra’, Wiegedood’s blackened assault packed out the second stage, no doubt partly due to the Amenra connection, but that doesn’t take away from the deeply meaningful assault; whereas our first visit to the Eyesore saw the fiddle-graced Post-Rock of Talons compel a sizeable throng, and my first encounter with the dreadfully affecting, strobing lights.

Beer was flowing freely in the University’s Terrace bar so it was somewhat surprising to see ‘Jack and Alice’s storming burger joint doing less well. Guys, the cheese and bacon special was to die for…!

Positively shocking was the crush to get to see relatively unknown Kent outfit Ohhms at ‘Mine: two minutes into their set showed the reason. Their bluesy, low-end Reef-esque workout was injected with added spice by vocalist Paul Waller whose mad barefoot ‘surfing’ was the Heavy world’s Bez / Ian Brown hybrid. Captivating, dangerous, infectiously active, the whole band created one of the festival’s most talked-about sets. 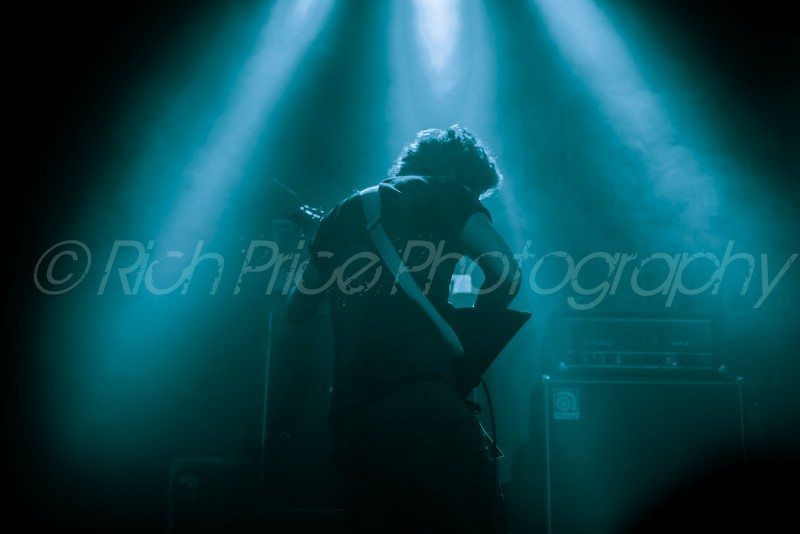 French duo C.R.O.W.N. sought to wrest that mantle but their nevertheless atmospheric, Industrial post-Sludge was lacking in movement. Their hypnotic beats graced by static imagery it was a creative and sonically violent set, lazy yet striking, and musically brilliant which almost switched attention from the lack of stage presence – and those fucking lights that also plagued a dramatic set from Voices, for whom the Akercocke spin-off tag was firmly banished by the incredible London (Candlelight); their technical darkness holding the room in its thrall despite missing a certain mobility. Over at Jӓgermeister the Church of Ra’s second offering was laying waste: Oathbreaker’s Blackened Hardcore onslaught drew a huge crowd; vocalist Caro Tanghe leading a frantic, animated delivery. 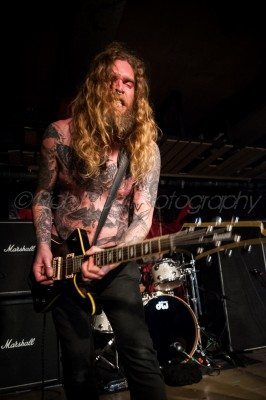 It would have been interesting to see if Sea Bastard would have filled the main room, as ‘Mine was utterly rammed for the eleventh-hour replacement for Black Tusk. This is a band of implosive power, Oli Irongiant’s lofty stature possibly the only thing to dwarf the power of The Riff, and let rip with the set of the day to this point. Oppressive, the shudders displaced vertebrae along with Monty’s coruscating rasp, while Steve Patton and George Leaver based rhythms that would have crushed Everest. Never has the world seen a guitarist who feels every chord like Oli: grimacing, building the riff with sways of his giant body, his roars needed no microphone. Monty’s dreadlocks hung from his face like the monstrous sea creature they portray during forthcoming track ‘The Hermit’, the rare faster sections still trampling most other acts to dust. 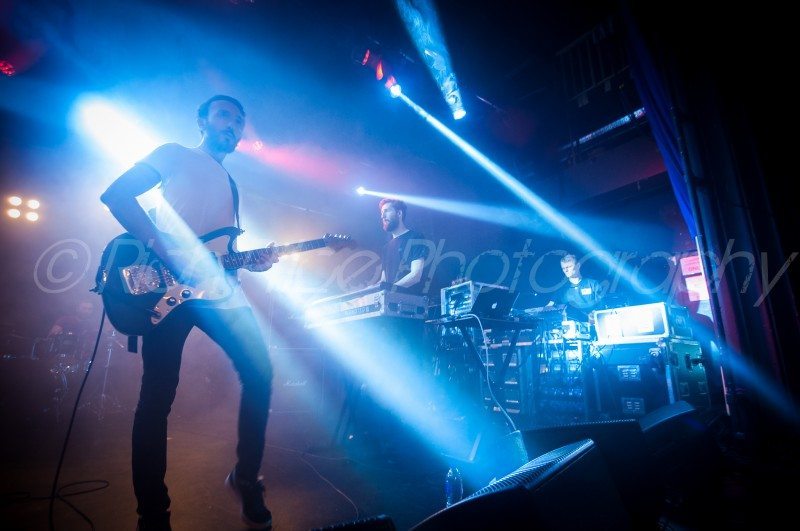 In complete contrast to Vreid’s vicious yet occasionally inventive Black assault over at Terrorizer, Maybeshewill have decided they’ve been peddling their melodic heaviness for long enough and that’s a great shame. With more than a nod to the likes of Sigur Ros they packed out the notorious left upper room and left few dry eyes in the process: their sound icicle-cold yet sweet, nostalgic and heavy, their effusive thanks incredibly moving. Closing one’s eyes and allowing the pulses of light and utterly heart-breaking sound to wash over the head, it was easy to underestimate the fact that 40 Watt Sun was still to come.

The brittle beauty of the outgoing quintet’s melodic sweep seems apt for the story of Jim Willumsen, once of The Wounded Kings and the late, great Ishmael, now doing his fifth festival of the year as a fan. A protagonist of my favourite-ever gig, he is nevertheless happy with his lack of band involvement for now. “It gives me a chance to see loads of different stuff” said this quiet legend of the low-end. It’s also a fitting soundtrack for a meeting with Ian Davis, as former drummer of Grimpen Mire another crucial ingredient of that night and still mourning his former bandmate Paul van Linden, outside the room. 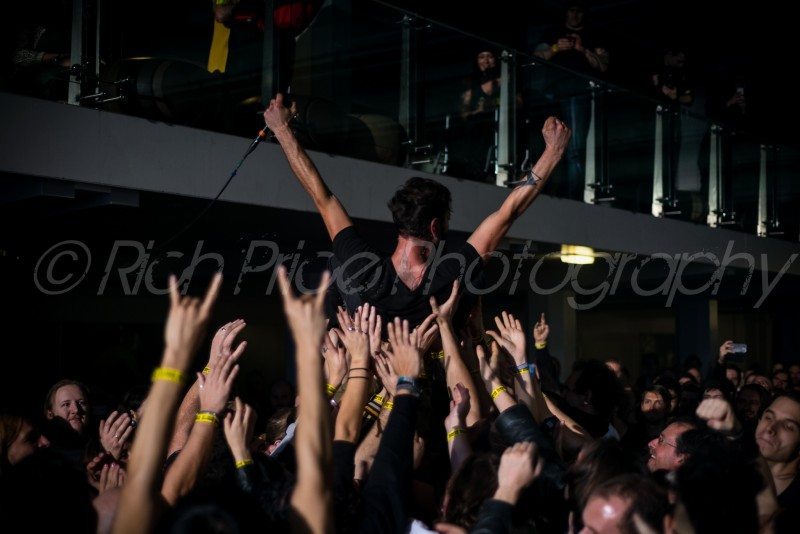 The Ocean came complete with cellist and a whole host of atmospherics, aided by my Bee 17 hybrid lager which, at £4:00 for a coke-sized can, seemed steep but it was a very pleasant change from the swill usually found at such events. This all embellished the German ensemble’s largely Prog effect but also contrasted superbly with the harsher elements of their sound. Jӓgermeister’s main stage was suitably packed, making it hard to believe there was a capacity cut for this year, but their set in 2013 benefited more from the vantage points of this year’s Terrorizer room. Ghold’s appearance at ‘Mine didn’t attract the numbers that previous bands had brought to that area but their darkened doom, like a Death-riddled Conan, rattled already battered heads. The inclusion of a guitarist gave their live presence another, more beneficial dimension to that on record. 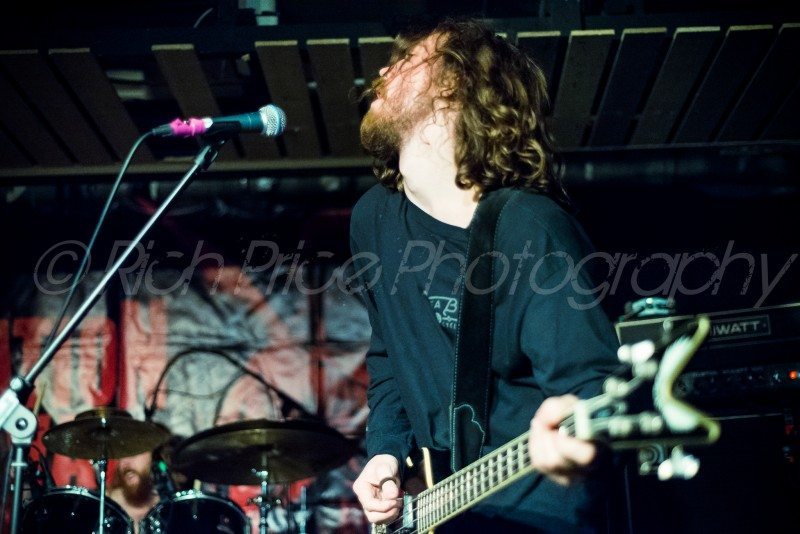