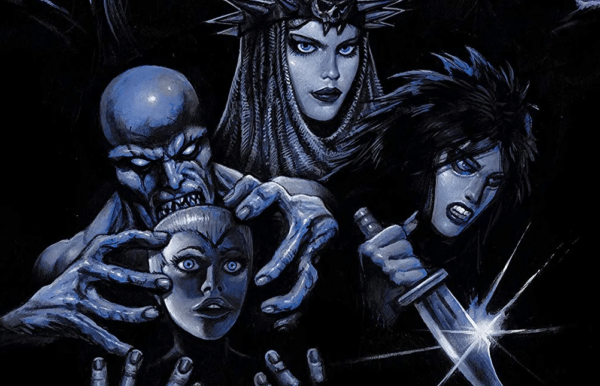 In a new series by Ghost Cult’s photo and video editor, Omar Cordy will pop in from time to time and gives his take on the creative output of musicians and personalities from the industry, be it films, graphic novels, cool side-hustles, interesting hobbies, and other endeavors; Ojayy will have his say. In his debut column, he takes on the much-buzzed-about directorial debut of Danzig, Verotika. 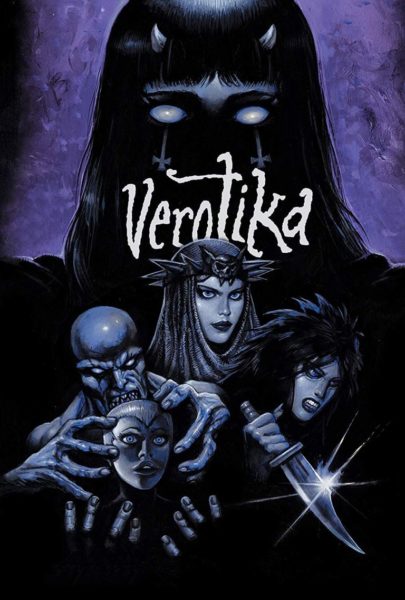 I was so excited to see Glenn Danzig’s directorial debut. Danzig was the first concert I ever saw. I remember buying the Verotika comic books when they came out and all the controversy with some of the creators involved. Unfortunately, I wasn’t able to get my hands on them due to quarantine limitations So, I like to think I had a good idea of what to expect here. Spoiler alert, I didn’t. It feels like the first draft of a screenplay. What we get is a film that feels like a series of short films, based on their respective comic book stories. It begins with a Crypt Keeper style narrator named Morella. It’s an anthology similar to the ABCs of Death and Flying Lotus’ movie, Kuso.

The first short, “The Albino Spider of Dajette” follows a French model, Dajette, who just happens to have eyes for nipples, which is never explained or brought up again. She cries upon a CGI spider that looks like its waiting for another render. This transforms into an anthropomorphic man spider who commits murders whenever Darjtte is asleep. That’s it, that’s really the whole story. Oh yeah, French accents for no reason. Nothing established it was in France or needed to be there.

The second feature, “Change of Face” is a weird police procedural about a stripper/killer who cuts off faces. This is the most uninteresting strip club I’ve ever seen in a movie. There’s no tension to the story. The detectives don’t do any real detective work, and we just get handed the plot point. When it does ramp up and you think it is going to get wild, it jumps a few months ahead and ends with no clear resolution.

In the final segment the antagonist, just like the Mystery Girl from the last short is obsessed with her own beauty. Set in medieval times, “Drukija Contessa of Blood”, is his version of the Elizabeth Bathory story. Same as the others, things are introduced and never paid off. A wolf is set out on a hunt and never seen again. That seems to be the theme of everything, interesting premises and getting ghosted before the ending.

Acting aside, this is paced like an old Universal Pictures Monster movie. If that’s what he was going for then it’s great. If not, then it’s just bad editing. The production could have been stronger, It feels more like a YouTube horror short than a feature film. The sound design could have benefited from a proper Foley artist. Bad sound can ruin a good movie, which was one of the problems with this film.

You might want to compare him to someone like Rob Zombie who basically honed his directorial skills on dozens of music videos before he shot his first movie. If Glenn had taken that route, this would have been a better feature. Perhaps he shouldn’t have been his own director of photography on this. If you’re a die-hard fan of the man, then you’re going to watch this regardless of what I write. I do warn you, do not watch this alone, unless you’re high. It plays better with company, where it turns into a very unintentional horror-comedy. It’s more in line with cult movies like The Room and that’s not a bad thing. I can see what he was going for, his way of getting there wasn’t the best. As of this writing, his next feature is in post-production. Let’s hope he learned a few things from this. I really wanted to like this more. Purchase it here: https://geni.us/VEROTIKA