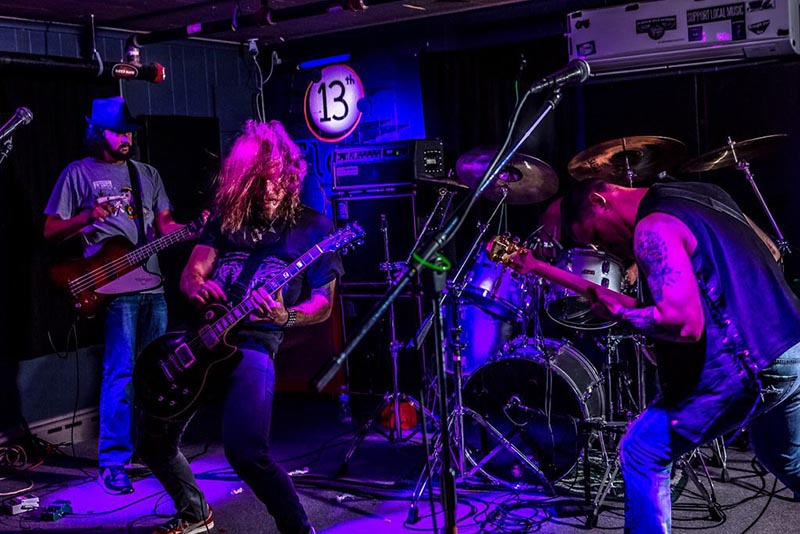 Western Massachusetts-based psychedelic band Palace In Thunderland returns with a monster new album, their first in four years! The King Of The Empty Aeon is dropping on February 22nd in Compact Disc, Cassette, and Digital Download/Streaming via Fuzzdoom Records. The vinyl pressing will be available through Cursed Tongue Records in April 2019. Ghost Cult is beyond stoked to share with you the brain-smashing new video for their debut single ‘Vicarious’! The video created by bassist/keys/vocalist Adam Abrams and has a definite sensory overload flavor, matching perfectly with the grooves and rhythmic chaos of the track. With catchy licks and hooks reminiscent of classic prog bands, but also stoner influenced bands like Earthless, early-Kylesa, ASG, and Totimoshi, the track is as equally killer as this video!

“We chose Vicarious as the first song to premiere because it’s the most immediate, with those gut-punch post-hardcore meets Sabbath riffs and the big, bouncy, energetic middle section. It’s a song about when the Maitreya starts trying out different things in life and ultimately rejecting them, just this anthem to denunciation that shows the contentious inner dialogs that are a constant theme of the album. Seemed like a good jumping off point for folks to jump into!!”

“Adam came up with the basic idea for the video. We worked through a couple of ideas, different drafts, and finally arrived at this version. We had a more straight forward video at one point, psych effects and outer space, our normal spiel. That felt cliched, so we rethought it, and we like this a lot better. It shows slices of human life, living in this society, along with other life on this planet, and some spaciness in there as well. I think that it really works, there’s a universal aspect in this imagery and the sequence.”

Both labels shared their excitement about the new album:

“Palace In Thunderland skillfully combine heavy riffs with sweet melodies. Immediately after we heard ‘The King Of The Empty Aeon’ we knew we wanted to work with this band.” – Fuzzdoom Records

“Cursed Tongue Records is over the moon ecstatic to announce the signing of Northampton, Massachusetts, US post-stoner metalgaze masters Palace In Thunderland for a vinyl release of their new full length album ‘The King Of The Empty Aeon’ in April 2019. We have been fans of this subtle ensemble for over a decade and have several times been impressed on a grand scale by their effort and ability to constantly push the boundaries of contemporary psychedelic music. Needless to say we where humbled and happy to be given the chance to work with them on giving their new album the best possible presentation on premium heavy weight vinyl. A special thanks to Andy of Palace In Thunderland and Steven of Fuzzdoom Records for inviting us into their exclusive club.” – Cursed Tongue Records

The King Of The Empty Aeon was produced by Palace In Thunderland and Dan Whitlock, with all songs by Palace In Thunderland. Drums for the record were performed by Matt Netto, with recording by Justin Pizzoferrato at Sonelab in Easthampton, MA. Guitars and bass were recorded by Dan Whitlock at Thunderland Compound in Ludlow MA. Vocals recorded by Dan Whitlock in Andy’s Kitchen, Northampton, MA. The album was mixed by Justin Pizzoferrato and mastered by Mark Alan Miller at Sonelab. The cover artwork is by David Paul Seymour. 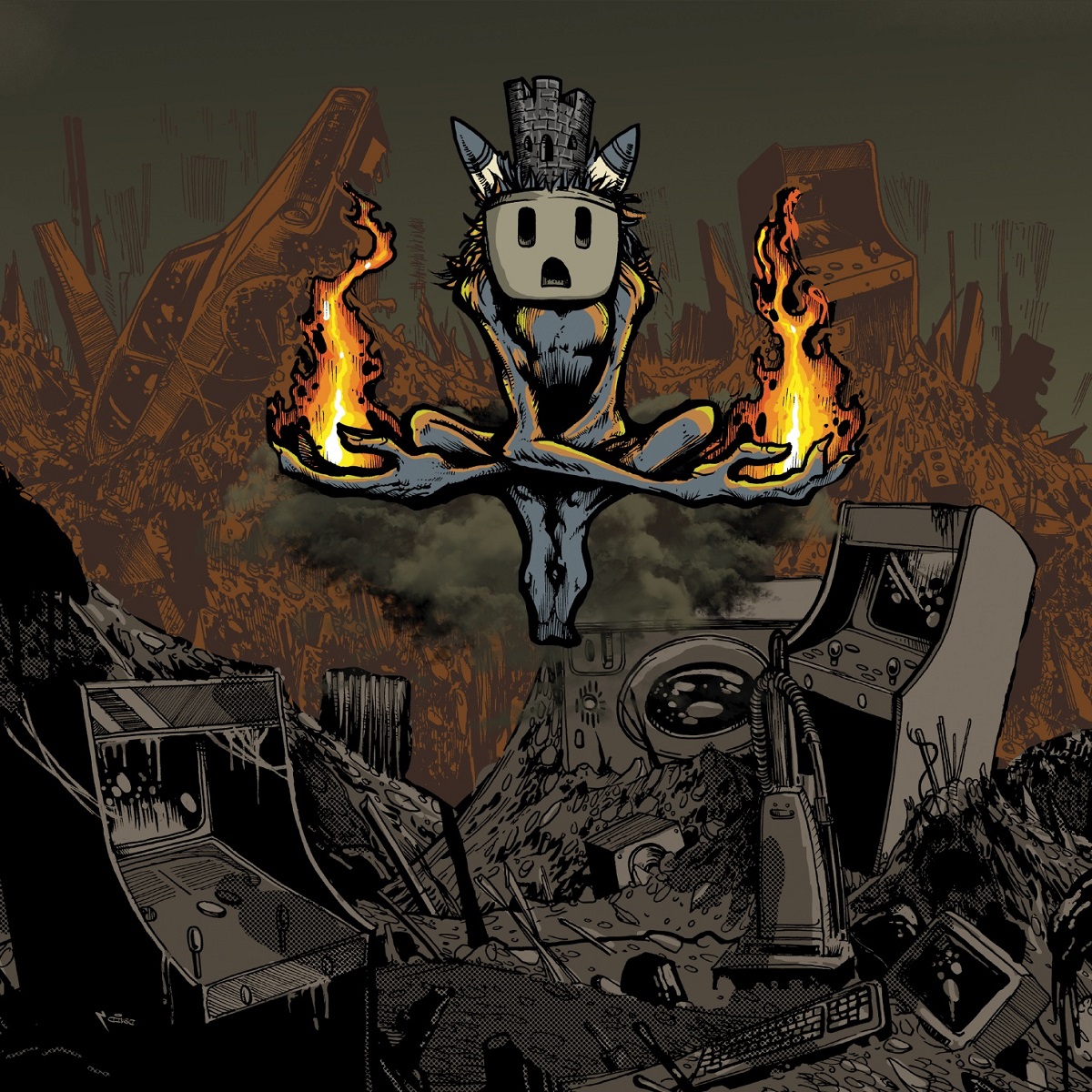 1) The King Of The Empty Aeon

All vinyl variants come with double-sided insert and two stickers.

Pre-Order will be at the following links: