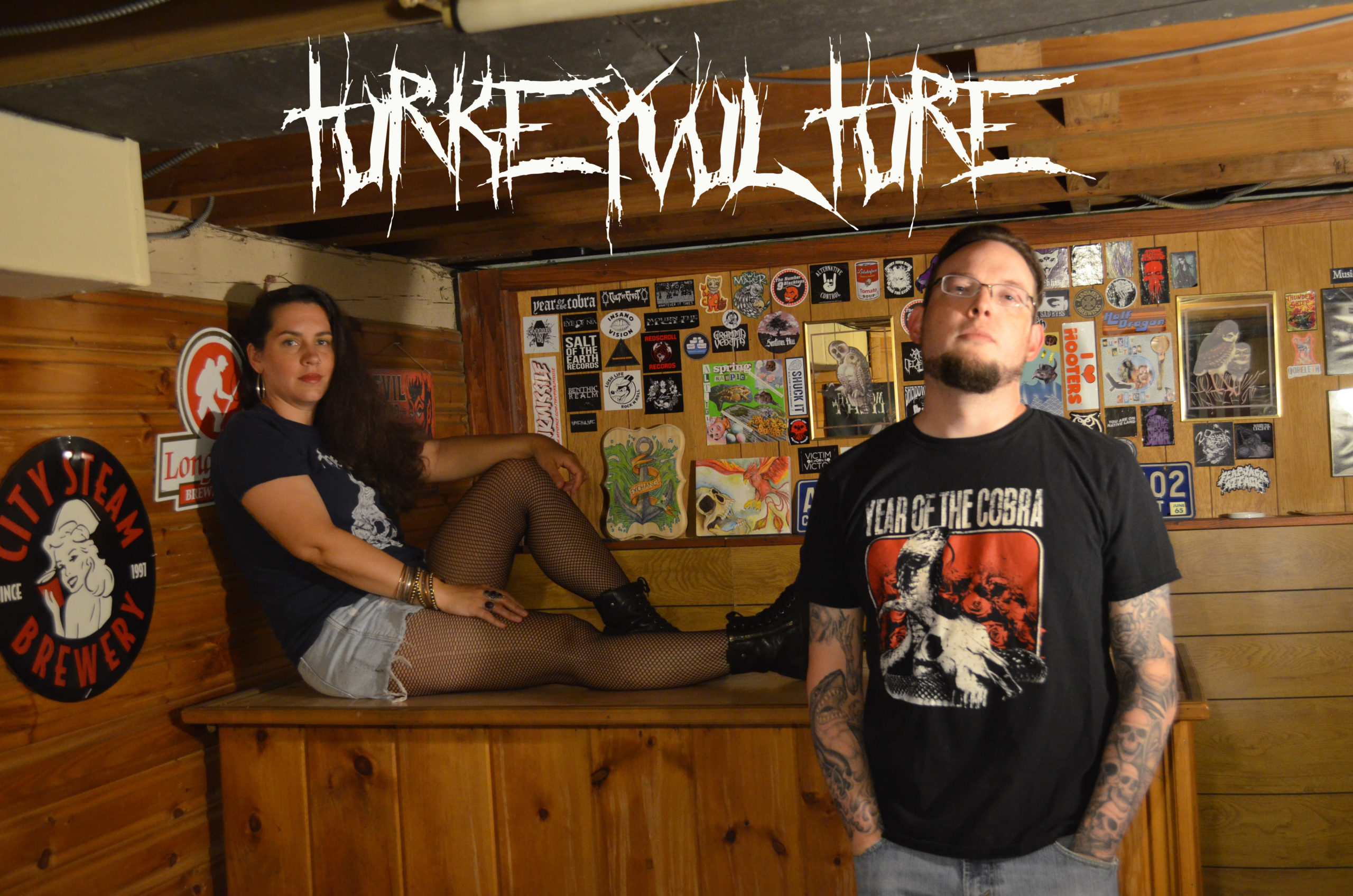 Vicious music chameleons Turkey Vulture are back with a new single, from their upcoming second EP, Time To Pay, due out on July 31st. Up until now, the duo from Connecticut has shown shades of Stoner Doom, old-school Punk, local Sea shanty’s, Heavy Metal, and on occasion, Americana with inventive originals and inspired covers. In a new track derived from by the infamous “Crossroads” story of Bluesman Robert Johnson and the Devil, “Old Nick” is a revved-up, proto-metal blues track with a great shuffle beat! Check out the track now!

This song is about the life and legend of Delta blues musician Robert Johnson. There’s the tale everyone’s heard that he sold his soul to the devil in exchange for his guitar playing skills…. Of course that’s a bunch of baloney because there’s no such thing as the devil. (Or is there??)

But any way you look at it, Johnson’s life was short and tragic. Born in Mississippi in 1911, Johnson had not one but TWO wives die in childbirth (along with their babies). Johnson himself died under uncertain circumstances in 1938, at just 27 years old. Contemporaries speculated that he was poisoned by a jealous husband of one of his girlfriends, but no one really knows. There isn’t even a consensus as to where he is buried.

During his brief lifetime, Johnson wasn’t famous or even well-known beyond the areas he traveled to play. But although he didn’t live to see it, he became renowned as one of the most influential guitarists of the twentieth century. So you tell me, did Johnson really make a deal with “Old Nick”? If so, he got the raw end of it.

Time To Pay, on July 31st in digital and CD formats. Recorded by Dave Kaminsky at Studio Wormwood, Time To Pay shows a new side of this gritty outfit.

Recorded and mixed by Dave Kaminsky at Studio Wormwood

Additional recording, percussion, and sound effects by Simon Tuozzoli at UP Recording