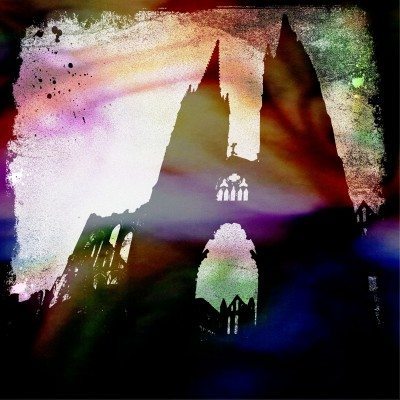 Releasing the second in their series of four EP s, Down is back with a vengeance on Down IV Part Two (Down Records). However, with the departure of founding member Kirk Windstein last fall, the wheels could have very easily have come off another super-group. Lucky for us, the resiliency of this band, even one with the legacy members that is has, cannot be questioned. They have added their tour manager and long-time friend Bobby Landgraf (Honky) to take Kirk’s place, and these kings of the super-group rolled on to their next release. In fact, they discarded the material they wrote with Kirk, let him take his many riffs with him, and re-wrote the entire new EP more or less from scratch with Landgraf. That takes a lot of balls for any band, but especially when the bar is set as high as it is for this one. Not only is there zero drop-off from the first EP, this release exemplifies everything rewarding as a fan of this band, and heavy music as a whole.

The opener ‘Steeple’ starts with a crushing slab of doom with all the epic, slow Sabbath-ian thunder they have always championed. When the thrashy, up-tempo main riff kicks in, you cannot help but smile. As per usual, a Down release packs in the quality riffs. Within the first two minutes of the track at least five distinctly different parts can heard; each more awesome than the last. The best part is, they all work together, and make sense in the context of the song. Phil Anselmo, is once again in fine voice, relying mostly on his mid-high range, which always has a sense of urgency to it. The repeating line of ‘steeple will fall…’ in the ending coda just entrances you. Who knew this band could be so kvlt? The song is a crusher and begins what feels like a real throwback to the first two Down albums. Coming up next, the single ‘We Knew Him Well’, has the signature sound you expect: grinding riffs, classic beats, and a catchy refrain sung by Anselmo. There are no signs slipping of the guitar sound from Landgraf and Pepper Keenan who trade hot licks, and swap solos seamlessly.

As much as the songwriting on this the EP sounds welcome and familiar, that doesn’t mean the band is resting on their laurels. Not one bit. ‘Hogshead Dogshead’ shows a growth, melding the hard hitting chops and incorporating inventive time signatures, stop/start timing parts, and classic-rock/blues vamping. Drummer Jimmy Bower and bassist Pat Bruders are just locked in tight and nasty on the low end rhythms. There are also some sick solos for you guitar freaks to get sweaty over. ‘Hogshead Dogshead’ has a what I like to call the “happy summer-time vibe” to it; just a feelgood rock song that is not cheesy, along the lines of Queen, Thin Lizzy, and Deep Purple. What a rager! On the other hand, the molasses-drenched in hellfire riffitude of ‘Conjure’, begins a weeded-out dream groove. Halfway through, the track lifts off into some NWOBHM and thrash movements, with a few more surprises added in, before bringing it back around again. If ‘Bury Me In Smoke’ is Down’s very own ‘Sweet Leaf’, then this is their ‘Electric Funeral’. Like most of his recent work, we are also treated to some of the most memorable lyrics from Phil in his entire career. Emotionally crushing, and timeless too. This quite possibly the best song on the album and the best song of the collective Down IV series so far.

‘Sufferer’s Years’ is another slick cut full of Keenan’s signature chopping chord play. Once again, we hear a plethora of inventive changes in this song. Phil again kills with some neat double-tracked lines, accentuating his words with a wisp of delay effects trailing off at the end of phrases. Closing things out with another jammin track, the aptly titled ‘Bacchanalia’ just simmers with badassery until the last note. This song is so heavy, and so much fun that I can’t wait to hear it live. To top it off there is a stunning coda to the song that is not musically unlike classics ‘Jail’ and ‘Pray For The Locust’. One gets the feeling Down writes with all these little twists and turns as a gift to the listener and themselves too. When we look back on this part of their career, we will likely understand that these are less like regular EPs that other bands release, and much more like a mini-opus, in pieces. Down clearly realizes their collective vision, no matter who is in the lineup, every time.