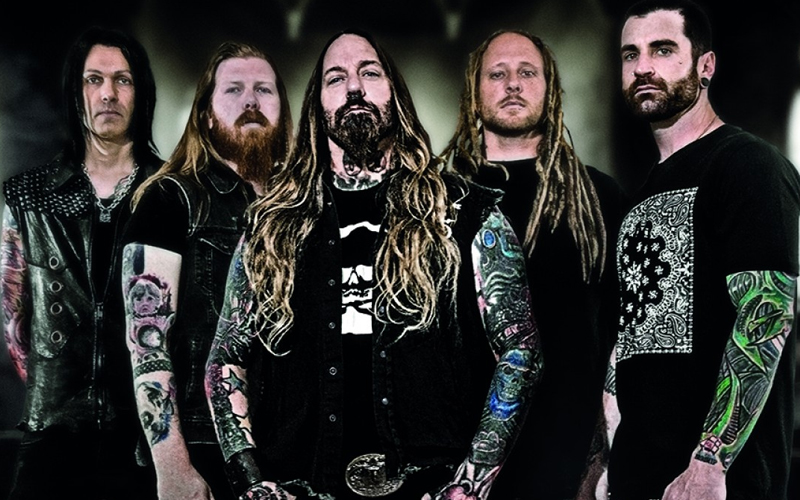 DevilDriver is no stranger to doing cover songs, but they are about to take their love of covers to a whole new level. Dez Fafara has now confirmed on his Instagram that DevilDriver‘s next release will be an outlaw country covers album. The record will consist of thirteen tracks, and will include covers of classic songs by George Jones, Willie Nelson, Hank Williams Jr., Steve Earle and more. Plus, over fifteen guest musicians will appear on the effort, including Lamb Of God guitarist Mark Morton, and John Carter Cash, the only child of Johnny Cash and June Carter Cash.

Here’s what DevilDriver guitarist Neal Tiemann told Guitar World, “I think the point is to keep the memorable melodies and lyrics intact while providing an alternate and heavier music bed. It’s easy to get carried away in one of our own riffs, so we’ve been sure to keep refocusing on the essence of the original material.”

Dez Fafara added, “It’s never been done. We are the first! Get ready! You’ve never heard anything like this!”

While most metal fans may be skeptical about this, I’m stoked to hear this record. Like Dez said, this has never been done before, and being an outlaw country fan myself, I think this could be really damn cool. Stay tuned for more details coming soon!

NEW DEVILDRIVER RECORD COMING RT/POST EVERYWHERE Here's the shotgun blast heard round the world !@nealfingtiemann & @michaelspreitzer in Guitar World ! Talking about DevilDriver and our OUTLAW COUNTRY COVER RECORD ! The WORD is out we've got 13 Insanely HEAVY , Swinging bad ass Outlaw tracks by some of the best Outlaw country artists! Produced by Steve Evetts There's over 15 High caliber guests , from every genera , metal to Country ! To give you an example I will be singing "GHOST RIDERS IN THE SKY" with John Carter Cash at Johnny Cash's Cabin in Nashville on March 28th – it's going to be one of the greatest honors as I'm a massive CASH fan & a fan of outlaw country my whole life ! I ALSO JUST received @markmortonofficial SOLO and it's epic and ripping ! ! We are covering to name a few – Willie -Cash-paycheck-George Jones-HANK III – HANK Jr- steve Earle -SO JUST TO Be FUCKING CLEAR Its never been done we are the first ! We have BEEN WORKING ON THIS FOR A YEAR ! GET READY YOUVE NEVER HEARD ANYTHING LIKE THIS ! DevilDriver #outlawstilltheend