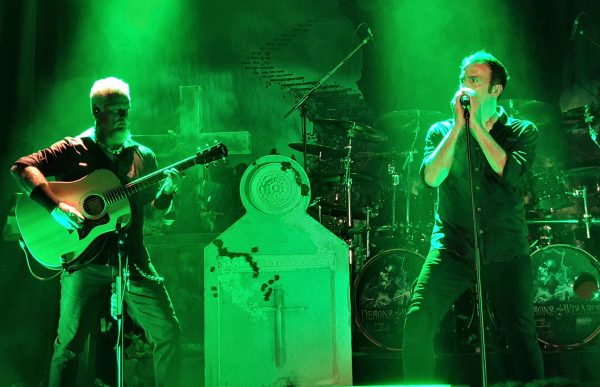 It’s been twenty-one years since John Schaffer of Iced Earth and Hansi Kursch from Blind Guardian joined forces to create Demons and Wizards. It’s been nineteen long years since they released their self-titled debut album, and it’s been fourteen years since its successor, Touched By The Crimson King (Steamhammer), but after one of the longest prick-teases in metal, the Iced Guardian supergroup has finally arrived to play their first ever show in the UK.

From early in the afternoon – if not before – a queue of the most unfashionably middle-aged die-hard metal warriors with the most unwashed of denim jackets, and greying haircuts direct from the 1980s has been stretched out for around a quarter of a mile down the street. Blind Guardian, Iced Earth, and D&W t-shirts are everywhere, all worn for now with pride and no small amount of smugness (depending on the rarity), but ready to be covered up or stuffed into bags the instant the inevitably besieged merch stand gives up its goodies.

Arriving onstage to the Marvel Avengers theme, Portsmouth’s Dendera tear their way through half an hour or so of highly enjoyable power metal while much of the audience is still encamped firmly outside Fortress merch stand, most grabbing three or four items at a time, and outnumbering the beleaguered staff by about thirty to one. 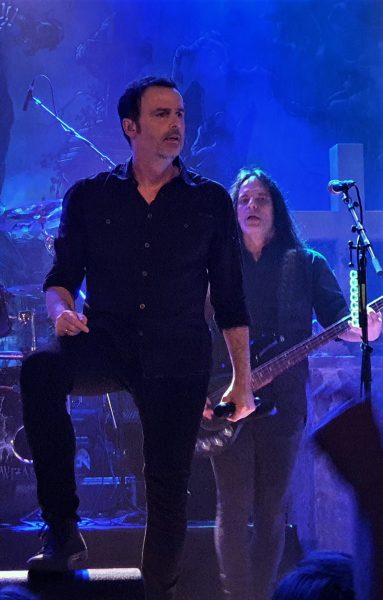 Both excitement and the temperature are at silly levels by the time Demons and Wizards finally take the stage. Fists, horns, beer, cameras, and mobile phones are all thrust towards the ceiling, and a mighty roar welcomes the magnificently German Hansi Kursch, and the newly shorn John Schaffer as they plough straight ahead with the first three tracks from their debut. ‘Crimson King’ and ‘Love’s Tragedy Asunder’ follow, but the audience seriously loses their shit to Iced Earth’s ‘The Burning Times’, and ‘Welcome to Dying’ by Blind Guardian. 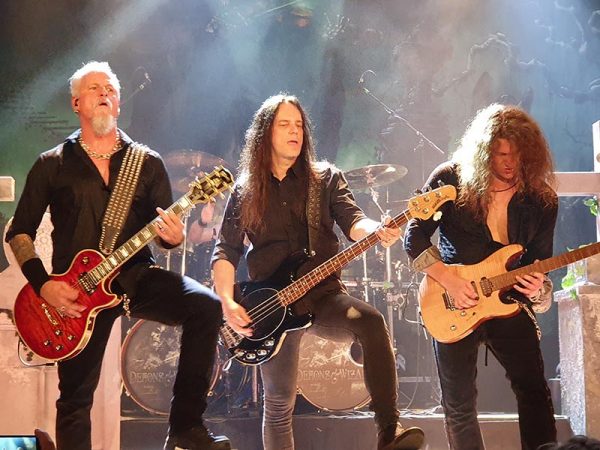 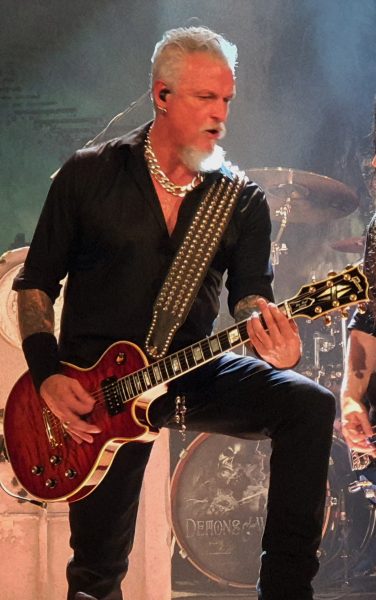 Fronting the band, Hansi is every bit as charming and funny as usual (especially while introducing his band mates), but Schaffer appears a little different – and not just due to his shiny new silver fox look. Noticeably more relaxed than usual, he grins, shares jokes, and even laughs when his foot accidentally slips off a monitor. Something which would usually mean death for someone at an Iced Earth show.

The second album takes centre stage for the next few songs as the acoustic guitars come out for ‘Wicked Witch’, before the heaviness returns with ‘Beneath These Waves’, ‘The Gunslinger’, and ‘Terror Train’. The separate bands are showcased one final time with ‘I Died For You’, and ‘Valhalla’, the latter including the usual audience sing-along which still doesn’t ever want to end.

With each song possessing more intent and vitality than their studio counterparts, the final trio of ‘Tear Down the Wall’, ‘Gallows Pole’, and ‘My Last Sunrise’ is preceded by a plea of “ten more songs” from the somewhat optimistic crowd. Reappearing for an encore of ‘Blood on my Hands’, to the surprise of absolutely no-one, the evening climaxes with a showstopping ‘Fiddler on the Green’.

It might have taken Demons and Wizards around twenty years to reach these shores, but with the promise of a new record just around the corner, fingers crossed that it might not be too long before they return.