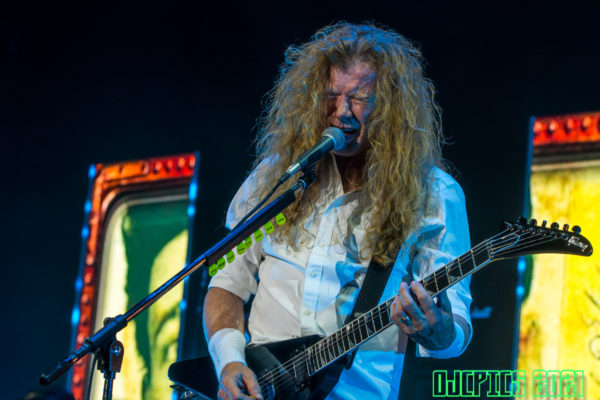 Megadeth frontman Dave Mustaine has shared a snippet of a new song – “Life in Hell” on Cameo. The song comes from Megadeth’s upcoming 16th studio album – The Sick, The Dying, and The Dead with release date as yet to be announced, but apparently due out next spring. Cameo lets users hire celebrities to record brief, personalized video messages about virtually any topic. Mustaine charges $299 for each of his Cameo videos for personal use $2,093 for a video for business use, while other artists charge anywhere from $5 – $1000s. Addressing a fan named Gabe, Dave said (as transcribed by Blabbermouth.net): “I will play you something that’s been recorded already and is special. How would you like to hear a little bit of the new album? This is song two from side one. It’s called ‘Life In Hell’.”

After playing the song snippet, Dave added: “There you go. A little special surprise for you, buddy. So I think that makes you the first person in the outside world — outside of the studio and the band and my family — that’s heard any music from the new record.”