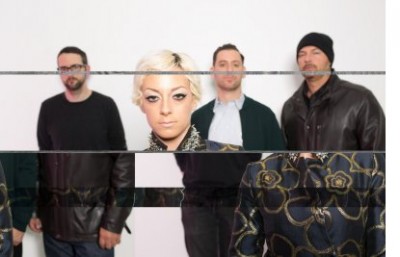 Cross My Heart Hope To Die have released their new video for “Two Shots”, off their Vita E Morte album, out via Alpha Pup Records, here. The clip was directed by Minneapolis based 1Light Films and provides some haunting cinematography that looks and feels like a Tarantino movie, while the breathtaking vocals of Brevi provide the score.

Cross My Heart Hope to Die is the eclectic multimedia project of Cypress Hill’s DJ Muggs, producer Andrew Kline (Strife), singer Brevi, and curator Sean Bonner. CMHHTD transcends musical boundaries – the music exists as just one part of a larger project, ever evolving. At its foundation, this collective balances tangible art with striking visuals and an all-encompassing soundtrack to create a total experience – each element as important as the other. The sound is dark, cinematic, and very hard to pigeonhole. This genre bending experience will have fans from all walks of life bobbing their heads and digging deeper to enjoy the multimedia experience.