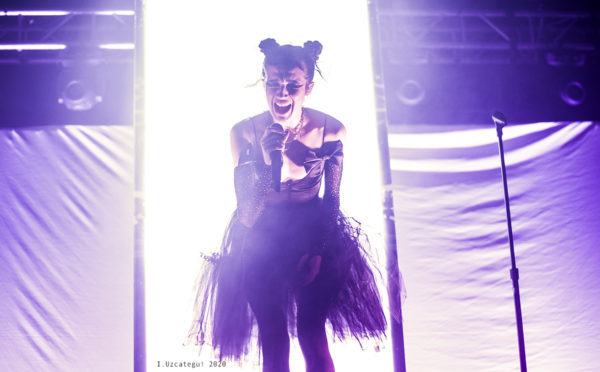 While sugary-sweet pop vocals coupled with head-crushing heavy metal doesn’t seem like a recipe for success, Poppy has been changing the game. We were there when she took the stage at Brooklyn Steel last month and saw firsthand what everyone has been buzzing about. 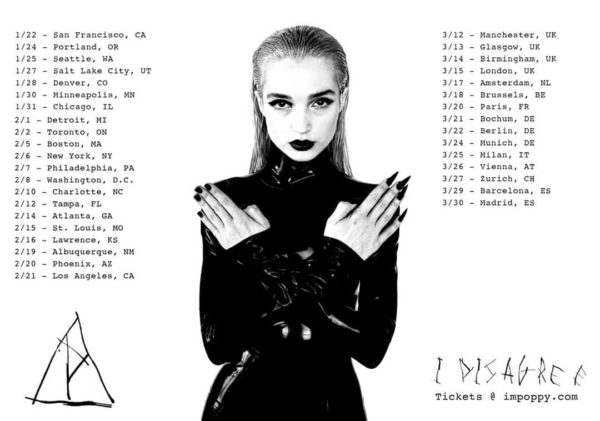 When we entered the venue, we were pleasantly surprised to discover a mobbed pop-up from an alternative clothing and accessory company called “Bitchware” that advertised it’s “genderless bitchware” and centrally displayed a selection of spiked collars worn by Poppy in music videos and photoshoots. The majority of the crowd, composed of mostly teenagers with a gothy aesthetic, seemed stoked on the brand and their products.

The opening act, VOWWS, delivered a sleek and sexy set of Darkwave influenced synth-rock would have fit in just as well at a Depeche Mode show as it did with Poppy. While there was minimal dancing during the set, the audiences focus on the stage and the lack of bright phone screens hinted the fans were at the very least intrigued, if not completely sold. 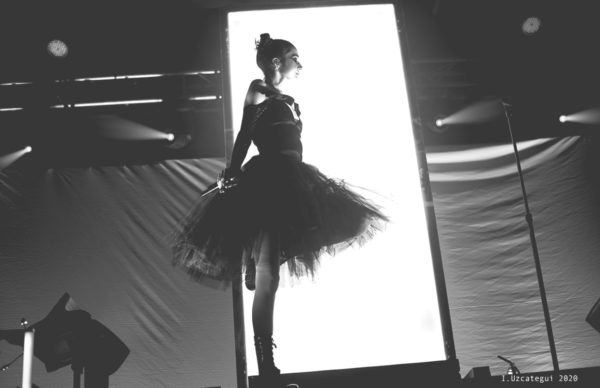 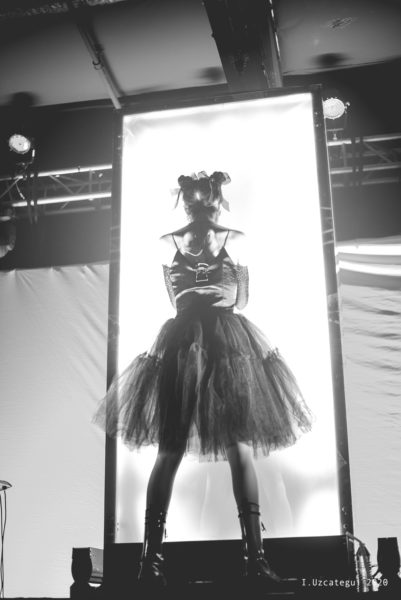 You could feel the electricity in the room as Poppy took the stage. As soon as the first note left her lips, the crowd was whipped into a frenzy. Her pop star dance moves were impeccably choreographed to flow with the raging chaos of her live band. It was like watching the rebellious stepchild of Lady Gaga and Marilyn Manson. 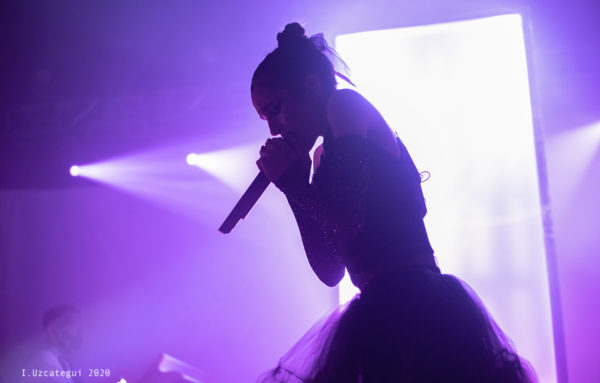 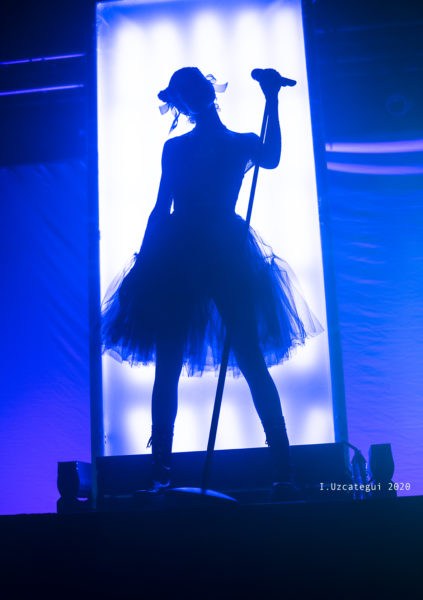 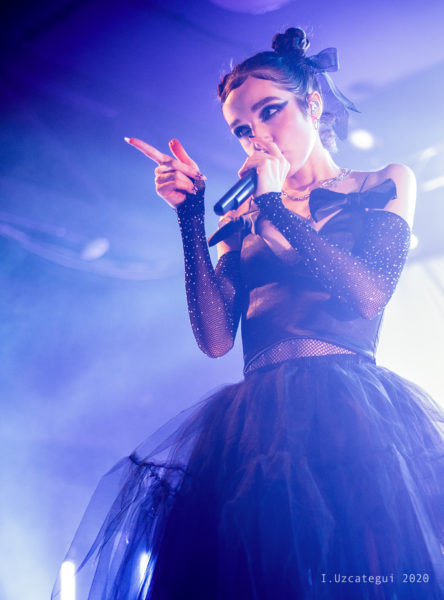 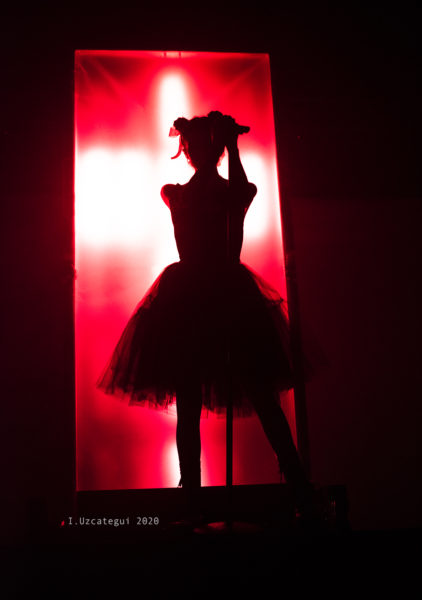 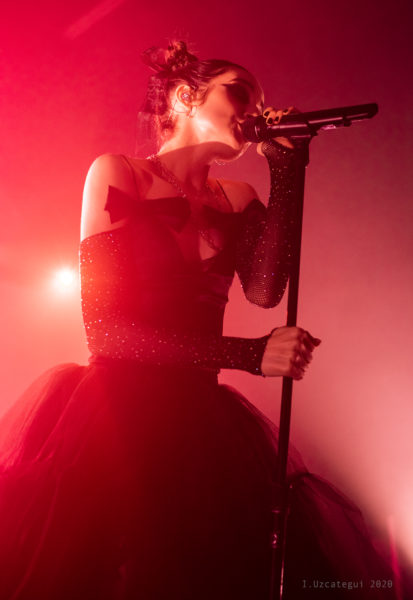 Each song offered a buffet of sounds, jumping erratically from classic rock “la la la’s” reminiscent of The Turtles to chugging bass riffs that would’ve made Wayne Static grin. The fans were loving every second of the performance, but there was an additional injection of excitement when she burst into a heavy as hell rendition of t.A.T.u’s throwback hit “All The Things She Said.” 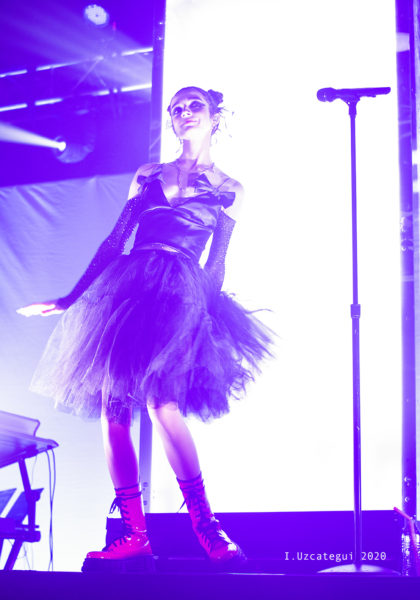 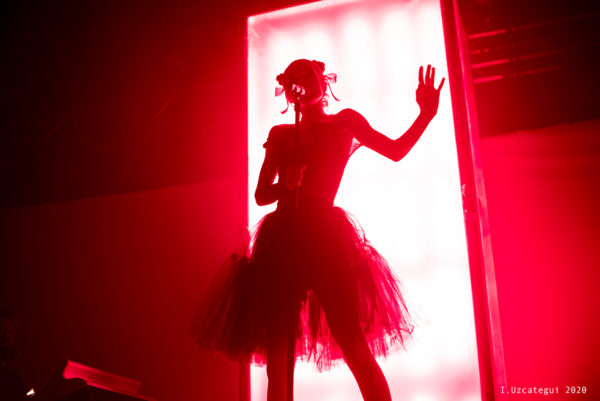 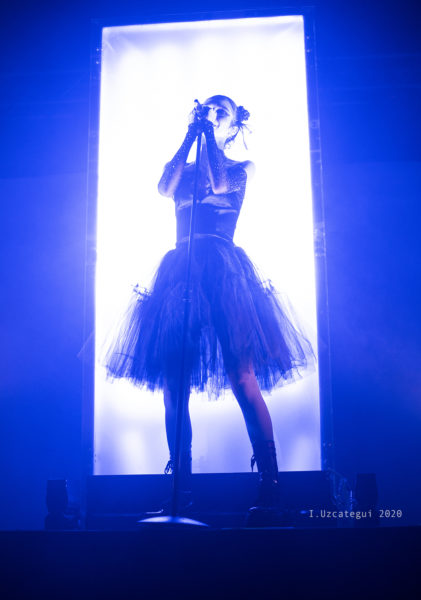 After the show, we bumped into an older man who attended the show with his teenage daughter. When asked what he thought, he said they’ve seen Poppy together four times and going to the shows helped him bond with his daughter. It’s clear that Poppy’s unique brand of bubblegum metal is resonating with Millennials in a way that cannot be ignored. Catch Poppy on tour this month in Europe, and this summer opening for Deftones and Gojira. Enjoy these photos from her tour stop in Phoenix by Isabel Uzcategui of Originate Designs Photography!