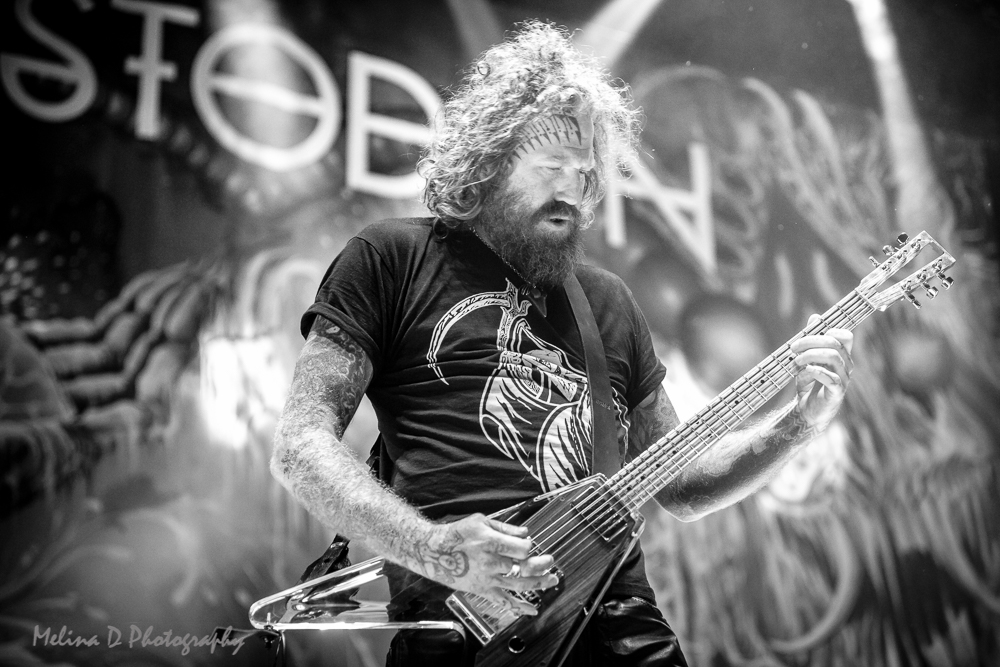 Brent Hinds of Mastodon has revealed post on Instagram that he broke his leg riding his motorcycle and cast doubt on his availability to tour with his various projects including his new supergroup Giraffe Tongue Orchestra, Fiend Without A Face, and Mastodon.

Broke my fucking leg starting my motorcycle goddamnit ?sorry to all the shows I was about to play with gto and west and more and fiend without a face.lifes a bitch then you die :(happy thanking !

Hinds is an avid rider who earlier in the year appeared as a guest on the AMC reality series “Ride With Norman Reedus” which follows “The Walking Dead”‘s most popular actor and motorcycle enthusiast Norman Reedus Giraffe Tongue Orchestra, which also includes members of Alice In Chains and At The Drive In was to kick off their debut headline tour next week in Boston.