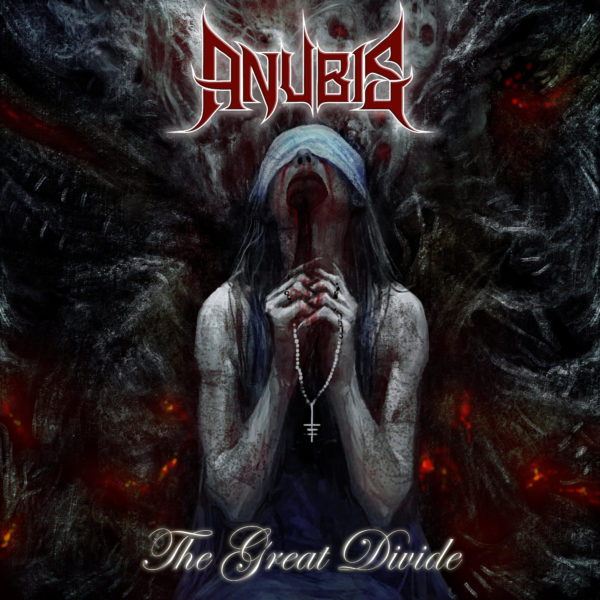 Rising Power Metal and Thrash influenced band Anubis has shared a new video for their track the “The Great Divide!” The band also shared a live guitar playthrough of one of their classic tracks, “Ashes (2021)” – which you can also see below. Comprised of members of Los Angeles-area and national/international metal bands Hatchet, Tower Guard, Delusional Fate, and Esodic, the band has all the hallmarks of classic metal with a modern feel and vittuosity! Check out their videos now!

“The Great Divide” is the first song written by then-incoming guitarist Justin Escamilla. Lead singer Reiche shares that “We were just finishing recording the solos on the previous EP when he showed me some riffs that he had never ended up using that sounded like classic Amon Amarth, and I knew that it would be a perfect direction to go in musically.” With hard-hitting guitar solos, aggressive drums, visceral lyrics, and Reiche’s impressive vocal range, ANUBIS’s diverse metal influences assemble to create a distinct and unforgettable track on “The Great Divide.”

Reiche adds that “Lyrically this is loosely based on an old sci-fi story from the ‘90s about an avian alien race split into two factions: a warlike, predator faction and a spiritual, pacifistic faction, and the war between them.” The song’s eccentric sci-fi theme further makes ANUBIS stand out and lends the listener sounds and lyrics fit for war. With lines such as “empathy has long since died, no prayer no mercy for our father’s sons,” the listener is transported to the trenches with a killer soundtrack as company. The immersive experience of this song is intentional with Reiche concluding, “I love geeky metal shit like that.”

For more information on Anubis: