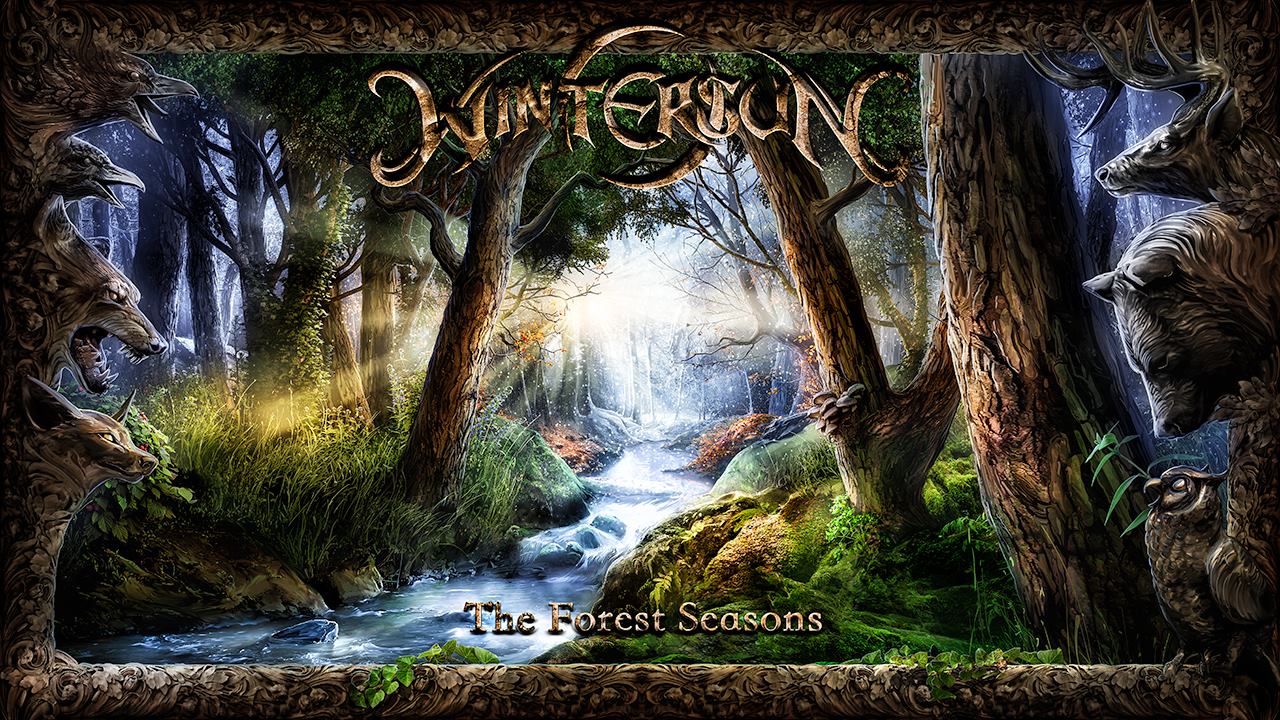 Certainly one of the most interesting spectacles of the 2017 release calendar; a new Wintersun album always comes with high expectation, if not just purely for the circus that seems to follow any recording/release cycle. If a long wait for previous album, the cult classic Time I (Nuclear Blast) wasn’t enough, another five-year wait also saw a highly ambitious and demanding (but ultimately successful) series of crowdfunding campaigns to release a follow-up. That the result is not the anticipated Time sequel, but a new unique piece may have been a blow to some fans, but Wintersun have never been ones to follow convention by any stretch; which is why it is surprising that The Forest Seasons (Nuclear Blast) sounds comparatively basic and safe.

Pieced as four parts, or seasons, The Forest Seasons takes a lot of inspiration from Vivaldi’s Four Seasons, and is supposedly a metal incarnation of those iconic compositions. By definition, a Wintersun album will show diverse traits encompassing the likes of Folk Metal with Melodic Death Metal, grim and frostbitten Black Metal and huge, operatic expanses; and once again they are all a part of the fabric; but despite the grandiosity behind the project, it never seems to truly ignite.

The first part, ‘Awaken From The Dark Slumber- Spring’ is the prime example of this album’s shortcomings, coming off as very little more than a drawn out and even lesser version of all too familiar folk-tinged Extreme metal. Proceedings do pick up, but overall still can’t save this from unexpected mediocrity in the face of the bombast that surround the band; often feeling elongated for the sake of it opposed to genuine, flowing pieces.

Perhaps a victim of their own previous success and fanfare, as without the almost Tool levels of waiting between albums and the much publicised – and near barmy crowd funding – the ambitious album aesthetic, moments of diversity and some fine moments would hold this in higher regard. But alas, a production cycle that seems to promise the world on a platter only heightens the album’s averageness, and only feels a great disappointment when it is proven Jari Mäenpää is capable of so much more.