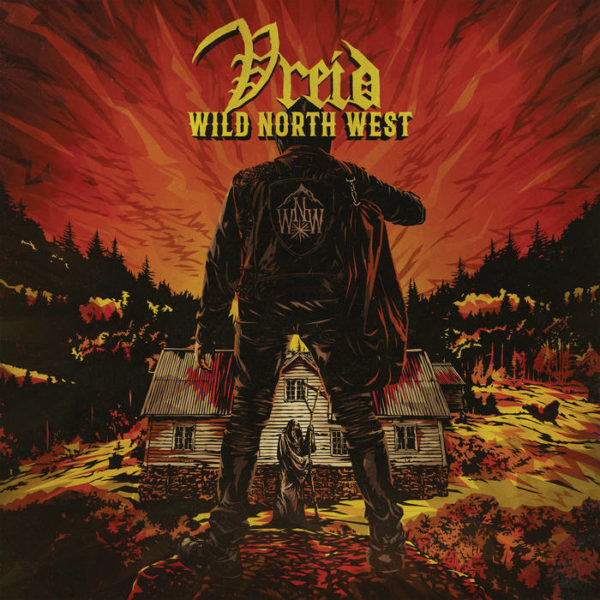 The latest Vreid record is an homage to the classic black metal sound the members helped create way back in the days of Windir while simultaneously experimenting with bold new soundscapes and storytelling. Wild North West (Season of Mist) is a pounding cataclysm of power and fury, yet it does so with a style and panache in a way that only these Norwegian black metal stalwarts could deliver. They offer a fresh take on the traditional black metal tropes while cutting the growls and blast beats with a melody that keeps your head banging and your mind racing, like on the hypnotic “Dazed and Reduced” and the ominous tone-setting title track.

It’s tough to choose a standout track because each track flows so well into the next. It’s best to consume this record as one fluid soundscape. This is aided by the accompanying film, also titled “Wild North West,” which allows fans to peel back the flesh and bone and pick the brain of this iconic band through their mind-bending narrative. The film also serves as a backdrop for the album, acting as built-in music videos for each track.

“This story is inspired by real events, pure imagination, and all the things in between where it’s difficult to tell truth from fantasy.”

This quote from the film’s narrator serves as its opening concept, the first line uttered, and it rings true throughout the entire experience. The film is a stunning visual combination of nature, war, and psychological torment, contrasting the beauty of the Wild North West with the systematic dehumanization of the central character. At times the lines of fantasy and reality blur, swirling into a unique realm of wonder and horror located somewhere unsettlingly between the two.

I recommend listening to the album a few times before jumping into the short film. The record stands triumphantly on its own but it really shines in a new way when paired with the cinematic vision of producer and director Håvard Nesbø. Once fans are taken in the full breadth of the band’s artistic vision, they can return to the record with a fresh and more complete perspective.

If you’re ready to have your mind blown (or, dare I say, lobotomized), be sure to check out Vreid’s latest album and accompanying film Wild North West, out now. Purchase it here – https://vreidsom.bandcamp.com/track/wild-north-west