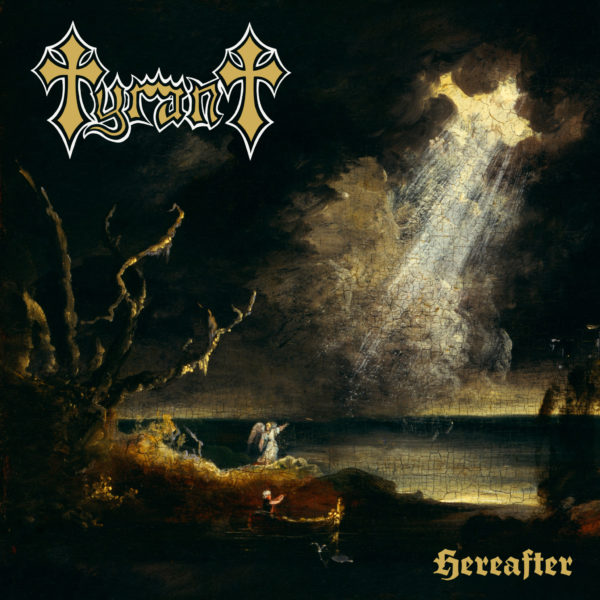 Tyrant’s long-awaited fourth album, Hereafter (ShadowKingdom Records), has come out under some rather interesting circumstances. In addition to serving as the Pasadena veterans’ first full-length since 1996’s King of Kings, Hereafter sees journeyman vocalist Robert Lowe at the helm in place of Glen May. The prospects of this collaboration are certainly intriguing, especially as a fan of Lowe’s work with Solitude Aeturnus and Candlemass. I wouldn’t go so far as to think of it as Tyrant gone doom, but it approaches their established sound from a noticeably different angle.

As expected with the band’s classic metal background, there are plenty of upbeat tracks on display. Following the brief prelude, ‘Dancing on Graves’ and ‘The Darkness Comes’ start things off with charging riff sets and sinisterly catchy vocal lines. ‘Pieces of Mine’ also stands out for the more active drum work behind its power metal gallop and ‘Beacon the Light’ puts in one of the album’s most memorable choruses.

That said, the slower numbers are arguably the album’s best. ‘Fire Burns’ and the title track are particularly memorable for their strong parallels to Black Sabbath’s albums with Tony Martin, the former featuring mystical guitar work and a trudging rhythm while the latter takes a mournful air with its subtle acoustics and ascending melodies. Tyrant always seemed to lean more on mid-tempo songs than many of their 1980s metal peers and the atmosphere behind them has never been this potent.

But for the atmosphere that Hereafter has going for it, the execution doesn’t feel as impactful as it could be. A lot of that comes down to the production, which seems to be aiming for a retro vibe but feels somewhat underpowered due to the rather quiet mix. This further reflects in the musicianship; the guitars and drums can come off stiff at times and while the vocals sound comfortable, they feel limited. They might have also been able to cut a couple of songs for a more concise runtime, but there aren’t any blatant fillers at hand.

Overall, Tyrant’s fourth album manages to be a pretty enjoyable comeback. While there are some hiccups in the production and musicianship, the songwriting offers some fun tracks and memorable lines. The hints of doom and power metal also help to update the band’s niche metal style and I’d certainly be curious to see how those could be expanded on any future efforts that they may have in store. It may be best to stick with Too Late to Pray as your Tyrant entry point, but I’m a sucker for anything with that 80s Sabbath influence.