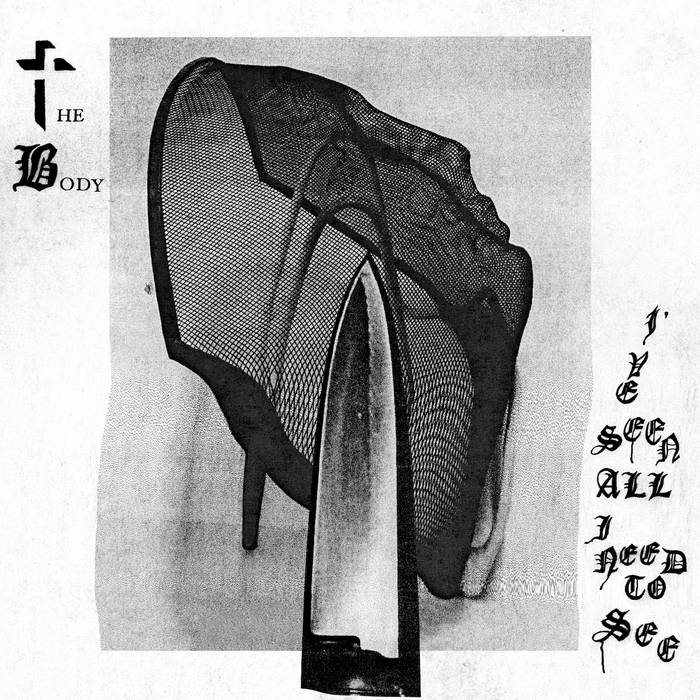 Metal, for all its anti-establishment credentials, can often be quite conservative. Many of the same old tropes have been rolled out again and again for the past four decades or so. Whilst that’s not a major problem for many metal fans, it is arguable that the same recycled ideas just don’t have the same impact that they once did. What once seemed impossibly heavy, deafeningly loud, even shocking or transgressive, can now be played on mainstream radio without anyone raising an eyebrow.

The Body are a different kind of metal band. For two decades the duo (consisting of guitarist / vocalist Lee Buford and drummer / programmer Chip King) have been pushing the boundaries of what metal can be – of what music can be. Mixing electronic elements and samples with sludge riffs, The Body specialise in creating music that sounds terrifyingly loud and which straddles the gap between metal and experimental noise.

The band’s seventh album (not counting myriad EPs, splits, and collaboration records), I’ve Seen All I Need To See (Thrill Jockey), continues in the vein outlined above. This time around the core sound is that of the guitar, drums, and vocals. The music’s foundation is composed of crushing riffs and pounding, relentless drums, adorned with incomprehensible and tormented vocal squeals. Occasional hints of melody fade in and out, with guest musician Chrissy Wolpert’s piano providing notable textural variation in places. Wolpert also provides occasional guest vocals, as does Ben Eberle. What makes this record unique is its blending of studio production effects with the sound of the band playing live. Whilst it sounds like the original tracks were laid down with the musicians playing their instruments “live”, the whole mix has been doused in copious amounts of growling distortion. The guitars are crushed and contorted and the drums are awash with an otherworldly and menacing snarl. The band worked with engineer Seth Manchester to create these cacophonous yet rich and crisp layers of distortion which encase every track on the album. On top of that, the mix is also manipulated so that it sometimes folds in itself and breaks down completely either to complete an unsettling silence or to short queasy synth breaks. The effect of this sonic manipulation when coupled with the ferocity of the original music is that it feels as though the music is tearing holes in the very fabric of reality. It sounds about as abrasive as it is possible to sound without descending completely into a wall of pure noise. And this is where The Body really succeed with I’ve Seen All I Need To See. It is metal, but comparable to very little else within the genre. It reaches new limits within which to define the term “heavy”. Yet for all its abrasive sonic wizardry it still sounds like an actual band playing instruments.

I’ve Seen All I Need To See is far from an easy listen. It’s the sort of album that even those well acquainted with heavy music in the vein of Motörhead or Metallica might quite conceivably dismiss as unlistenable. It sounds as “horrible” as those early metal bands probably did to people brought up on Cliff Richard. Those well versed in finding the subtleties beneath layers of hostile noise, however, will find this record richly captivating and cathartically rewarding.

I’ve Seen All I Need To See is out on 29th January 2021 via Thrill Jockey. Buy it here: https://thebody.bandcamp.com/album/ive-seen-all-i-need-to-see