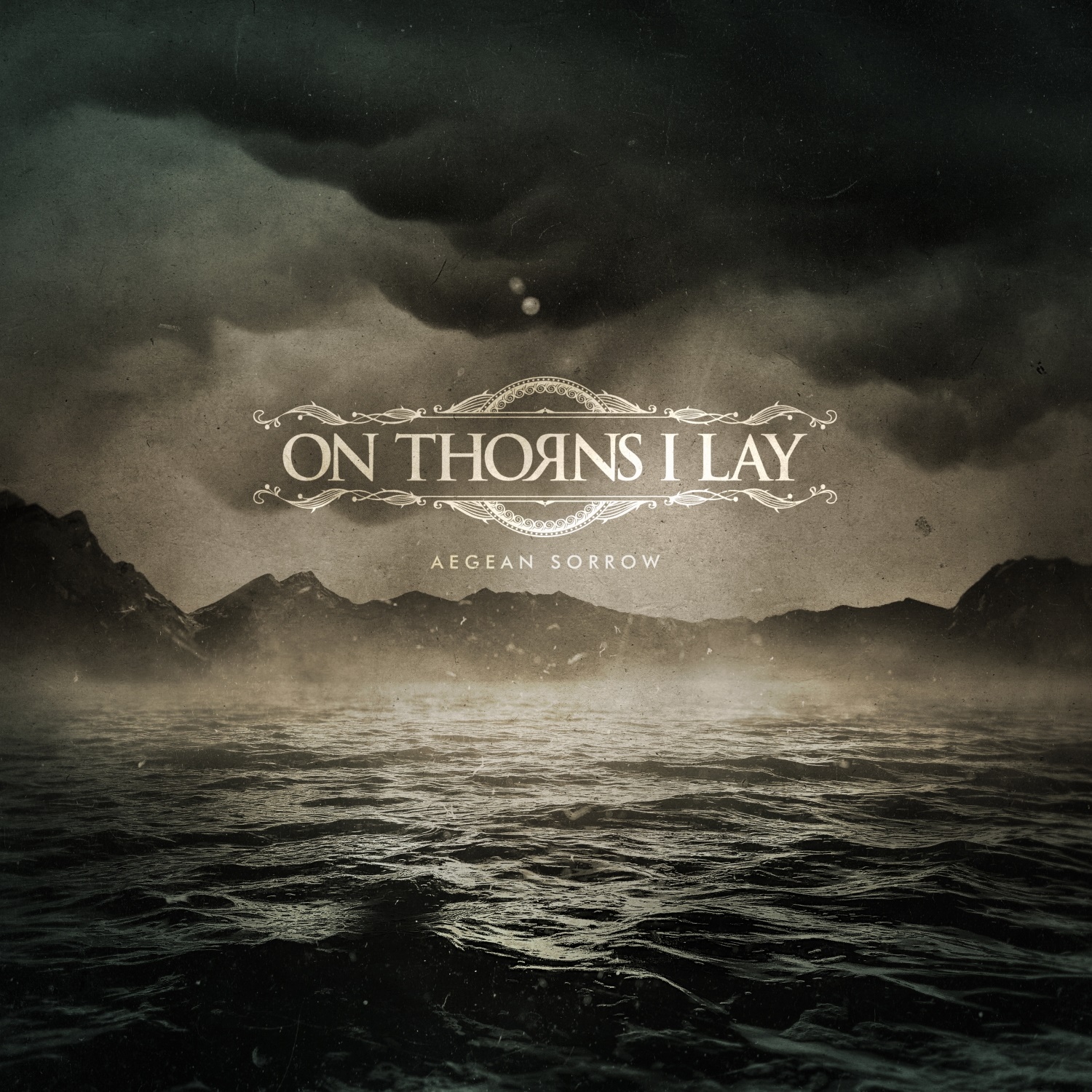 Over the course of their history, Greek metallers On Thorns I Lay have undergone some significant shifts in sound and hit across waves they haven’t always been capable of riding. After name several name changes and a more death metal style, their first outing under the On Thorns I Lay moniker saw a Gothic/Doom/Death sound creep in; culminating in 2003’s messy attempt at an alternative progressive rock sound akin to Radiohead or Porcupine Tree which ultimately saw them split up soon after, due to losing sight of their musical identity according to the band themselves.

Their return saw them return to their Melodic Death Metal roots on 2015’s Eternal Silence (Sleazy Rider), with an Amorphis style penchant for soaring vocal melodies amongst a gloomy tone. Perhaps, unsurprisingly, once again, then, latest album Aegean Sorrow (Alone) sounds starkly different to its predecessor. This time the Death/Doom influences are hugely prominent with more than a cursory nod to the Peaceville three, particularly of Gothic-era Paradise Lost. Within a bleakness throughout, Aegean Sorrow ranges from mournful Doom to comparatively furious Death

Metal riffs and some towering melodies a la the likes of Insomnium.

Certainly pulling off each aspect to a sterling degree, and with a sumptuous production, sadly these do not shake off that the album is derivative of its influences – all the aforementioned peers and inspirations are all too easy to pinpoint without leaving any sign of the band’s sound or spin in the mix at all. Add in the fact that they have undergone shifts throughout their time and it becomes clear that by now even the band themselves don’t know what or who they truly are.

Aegean Sorrow is a tricky one in the sense that, stylistically, it is a decent album, recommended for fans of gloomy Melodeath and the like, but the band themselves are difficult to back when they are all too happy to ape the greats, rather than forge their own identity and hone themselves.