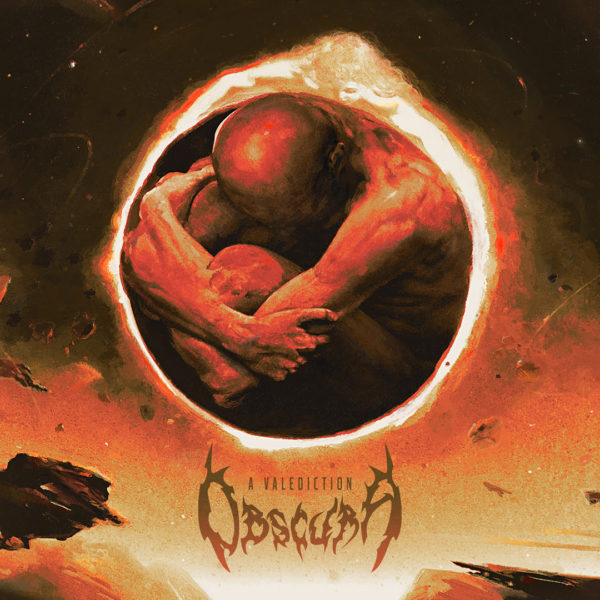 The talent is evident and the production quality ever-present.

There are shining moments with songs that develop character and identity.

But the abundance of what comes off as shredding for the sake of it, and apparent filler shoe-horned in, tamps down the overall significance of Obscura’s A Valediction (Nuclear Blast).

The German Progressive Death Metal troupe belt out beauties such as opener ‘Foresaken,’ ‘Devoured Usurper’ and tech-death track ‘The Neuromancer.’ However, the likes of ‘Solaris,’ ‘The Beyond,’ ‘Orbital Elements II’ and the titular track all seem like mere shred fests – repetitive, just there and a way in which to round out the 51-minute overall runtime.

The aforementioned ‘Foresaken’ starts off with an acoustic guitar, setting the tone nicely for a solid drum build-up, emerging into a proggy intro. The acoustic guitar returns in the outro to nicely tie a bow on the song.

‘In Unity’ is rife with Jeroen Paul Thesseling’s fretless axe, with him even receiving time and space for a solo/fill.

‘Devoured Usurper’ has its chuggy moments. Steffen Kummerer brings damn good growls. And there is a stellar key change in the end – almost always a win in my book. The duo of Christian Münzner and Kummerer build a solid dual solo on ‘In Adversity.’ The problem is that’s that for the eleven tracks; there is too much fluff. ‘The Beyond’ begins with finger tapping, but that too dissolves into the same nothingness. ‘Orbital Elements II’ has a riff that sounds remarkably similar to ‘Electric Eye,’ the only discerning quality.

The segments of A Valediction I enjoyed were formidable in their own rights. But the surplus of extemporaneous showcasing of soloing and shredding severely hampers the album overall. No doubt, Obscura deservedly has established themselves as prog/tech death metal headliners since bursting onto the scene just after the turn of the millennium. They don’t need to be showing off and trying to convince the audience the band has talent.