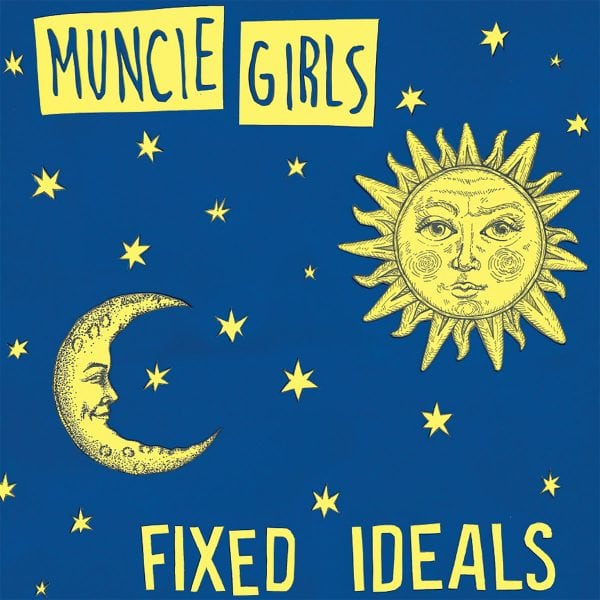 Muncie Girls are following up their 2016 release From Caplan to Belsize (Animal Style) with Fixed Ideals (Specialist Subject), and it confirms they are one the best female fronted projects since The Distillers. This sophomore effort is superb, and absolutely the soundtrack which summer should end with.

The album is full of liberal tendencies and real-life experiences, but don’t be fooled by the bright and merry melodies found throughout the album. This effort is dark with an optimistic twist. ‘High’ is right there with feelings of wanting to feel real; a melodious chorus carries on with the infectious guitar solo—simple but clever. ‘Clinic’ is a head bobber as Lande Hekt expresses her experience with cognitive behavioral therapy in a deep confession accompanied by a buoyant harmony. ‘Jeremy’ is catchy but there’s maturity in Hekt’s voice that sits very well with the theme of patriarchy, while ‘Picture of Health’ hooks you in with its tenacious melody and the relatable lyrics, before the bridge slows it down, before it all picks up again to a finessed ending.

A slow guitar by Dean McMullen starts off ‘Falling Down’ as it steadily picks up to anthemic groove with stompy drums by Luke Ellis, who really knows his way with percussion on this album, delivering effortless fills from beginning to end.

Elsewhere, ‘Isn’t Life Funny’ is fun and sets you up for the upbeat ‘Bubble Bath’; even with the unnecessary bubble sound in the background after the first and second verse, this song is a total jam, while despite being under two minutes ‘Locked Up’ has so much depth lyrically and a simple melody to make it that much more likable. Don’t sleep on Hekt’s bass work either—the bass lines throughout are strong but really keen on ‘Fig Tree’.

McMullen’s guitar work is really highlighted on this album – the slight riffs in the track ‘In Between Bands’ add a special spunk to the song. It is perfectly placed followed by ‘Laugh Again’ which carries strong Paramore vibes.

The last two tracks of the album are mellower than the rest of the album but stand strong on their own. The swell guitar intro to the slower ‘Hangover’ weaves its way to a snappy memorable song and the finale ‘Family of Four’ really captures the overall theme of the album—the melodrama is not an issue—it just adds flare to the song.

Pop punk is having a breakthrough year and has been enhanced by Fixed Ideals. The memorable hooks and honest expressions make this raw record a fun and sincere album.