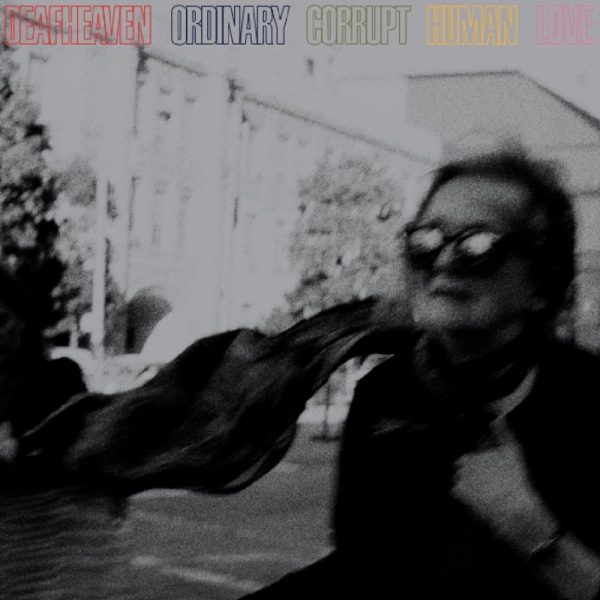 While no person is an island, entire of themselves, the principle should not be applied to Deafheaven. For while there are glorious, rich, organic threads that tie and bind each of their albums to the others, and each collection is clearly derived from the same creative womb, Ordinary Corrupt Human Love (ANTI-), the San Franciscan quintets’ fourth album, continues the premise that each occurrence is a happening in and of its own right, and that responses to one do not necessitate a similar response to another.

This isn’t something that is unique to Deafheaven, of course, but it is something to bear in mind; it is possible to be deeply enthralled by one album of theirs, and left cold by another. Approach this album afresh with a mind open to the possibilities.

When I bathe in the sun it is the message and promise of a brighter tomorrow – whether rooted in my own wishes and transposed feelings, or whether the post-rock and shoegaze euphoria is implanted to serve that aim – that sees elation rise from the violence and aggression of the underlying musical tones. The musical basis, a metaphor for this world, is seething and unpleasant, but amongst it lies hope.

However, Ordinary Corrupt Human Love seems to invert that in a way that plays with the emotions, as the presence of optimistic and melodic guitar lines is pushed right to the forefront and are the dominant theme, to the extent that even amidst the thundering drums and throat-ripping of ‘Canary Yellow’, it doesn’t feel like this is music that can be described as black metal, or that comes from that point of origin.

People often talk of songs being a journey, and the three main sprawling, labyrinthine, blackened bedrocks of the album, ‘Honeycomb’, ‘Canary Yellow’ and ‘Glint’, certainly adhere to this; ascending, descending, winding, cascading, and leaving you in a different mental environment to that from which they picked you up. Interspersed amongst these three monoliths are moments that hint at a smile, at a different type of escape. ‘Near’ is five minutes of post-rock respite, beautiful, gently sung, contemplative and content, while ‘Night People’ is a gorgeous duet including Chelsea Wolfe.

But, then the uncanny valley of the cold juxtaposition of George Clarke’s harsh, unsympathetic vocals reminds you that, while the canvas may be pretty, underneath it, cynicism and unpleasantness cannot be avoided, the callousness of today exists to jar and distract you.

This intention is unveiled from the outset as opener ‘You Without End’ is, initially, a piano and poetry piece, with singing, clean guitar melodies, that elicits sunshine, even if an undertone of reflection is present, before yanking you, almost mocking, almost farcical, entirely knowingly, back to reality, as raw-throated howls jolt you, gratingly harsh against the warmth you were immersed in.

And it’s an interesting pattern that plays out whereby at times Clarke’s howling fits so completely into the post-black soundscape and is an intrinsic part of the atmosphere (the mesmeric ‘Glint’ being the perfect case at hand), while at others (the commencement of the meandering, but exquisite closer ‘Worthless Animal’ where a rain of fireworks cascade in the flecks of guitar), it serves as a serrated edge to undermine the light.

Whether Ordinary Corrupt Human Love works, and how you subsequently interact and respond to it, is an entirely personal response. However, I would urge that, regardless of your previous thoughts on Deafheaven, you indulge in it several times, and gauge it on an immersive, emotional level, on the images that play across the silver screen of your mind’s eye, and on how Kerry McCoy lulls you into a false sense of security, before his sustained, flowing pealing guitar interweaves with the violence. This is not black metal, nor does it pretend to be, and indeed, only the drums and vocals betray such false thoughts. No, this is a work of art, an exceptionally well-crafted one, the beauty of which lies in the ear of each beholder.