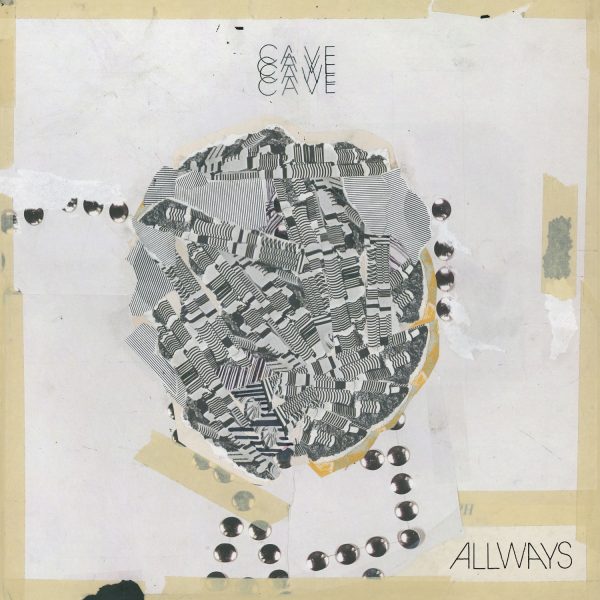 Hailing from the windy city, Chicago, Cave drops their sixth full length album Allways (Drag City); an instrumental profusion and six songs and forty-one minutes of mind altering fare. Cave have been around since 2007 and have released a plethora of 7” and cassette tapes in addition to albums.

The listener gets sucked into the compositions as the songs meander in and out of your consciousness. At times the music is very much Chicago. You can feel the pulse of the city and the rumbling of the El. You can hear the cars splashing through the sleet on a winter’s day.

At its heart, Allways is homage to the jazz funk fusion sound of the seventies. There is an extension of the music that allows the various instruments to solo. One of my favourite aspects is the flute solos. They have an earthy vibe to them and the tone is reminiscent of Frank Wess. The drumming is a metronome of perfect time which can be hypnotic and it’s easy to get lost in the songs. The keyboard sound reminds me of Murphy Dunne from the Blues Brothers. Some of the movements sound like Weather Report while other passages remind me of Santana.

Some of the songs do become a bit long-winded. But perhaps that is why Cave are sometimes referred to as a “drone” band. Cave exhibits a strong back beat and an infectious groove with this new album. Allways is definitely an album that would be at home in a wood-paneled room with shag carpet and lava lamps. If your aim is to turn on, tune in, and drop out, then Allways is the perfect album for you.