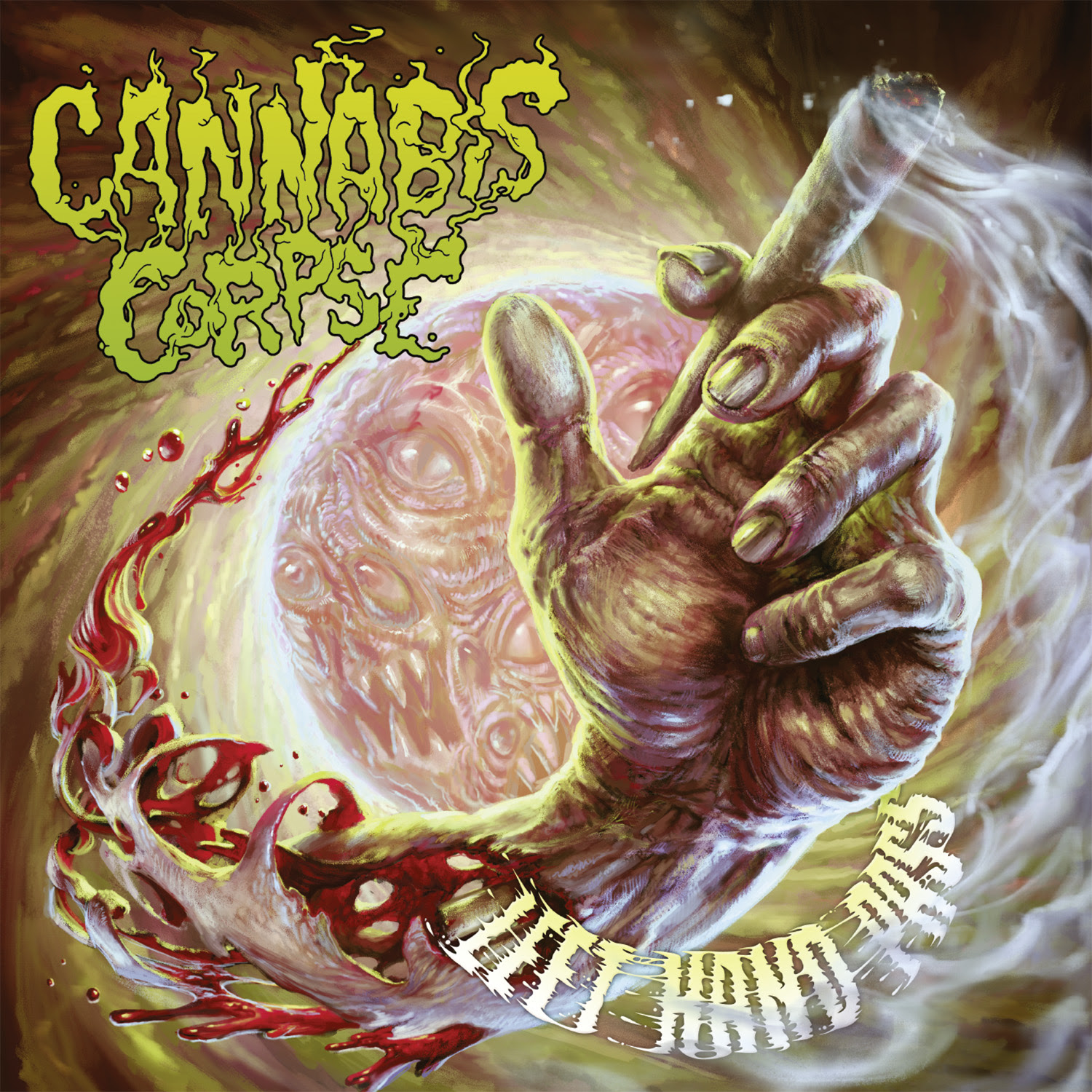 Here’s my plea to anyone who’s ever passed on Cannabis Corpse because they thought it was a joke: listen to the fucking band. Let me sweeten the deal, Left Hand Pass (Season of Mist) is a fantastic jumping off point to this odd, yet technically ferocious outfit. The album art and song titles like ‘In Battle There Is No Pot’ are firmly tongue-in-cheek, but the strain of death metal is very much deadly serious.

‘The 420th Crusade’ should alleviate any doubts regarding Cannabis Corpse’s musical acumen with its restless sea of dynamics, zigzagging riffs and piercing leads. Before you realize what’s being passed around, you get trampled by the freight of crunchy guitar rhythms packed into ‘In Dank Purity.’ I’m not sure what kind of weed allows you to stay this sharp in the jam room, but I certainly could use some.

And this is not a passing high, as ‘Chronic Breed’ conjures some of the fiercest and most fluid guitar work on Left Hand Pass all in one song. It’s the type of extreme metal wizardry that Scotland’s Cerebral Bore crafted on their under-the-radar release, Maniacal Miscreation (Earache). This slavish devotion to fire and riffs continues on ‘Effigy Of The Forgetful’ which has some ripping yet immediately catchy dueling guitars from Ray Suhi that are kept in check by Josh “Hallhammer” Hall’s skillful percussion.

But perhaps the most complex and rewarding track comes in the form of (get ready for this) ‘Papyrus Containing the Spell to Protect Its Possessor Against Attacks from He Who Is in the Bong Water.’ Best way I can describe it is that it starts as something welcome on Cannibal Corpse’s The Bleeding (Metal Blade) then morphs into a jam that wouldn’t be out of place on Gorguts’ The Erosion of Sanity (Roadrunner)

Yeah, you want a hit of this.