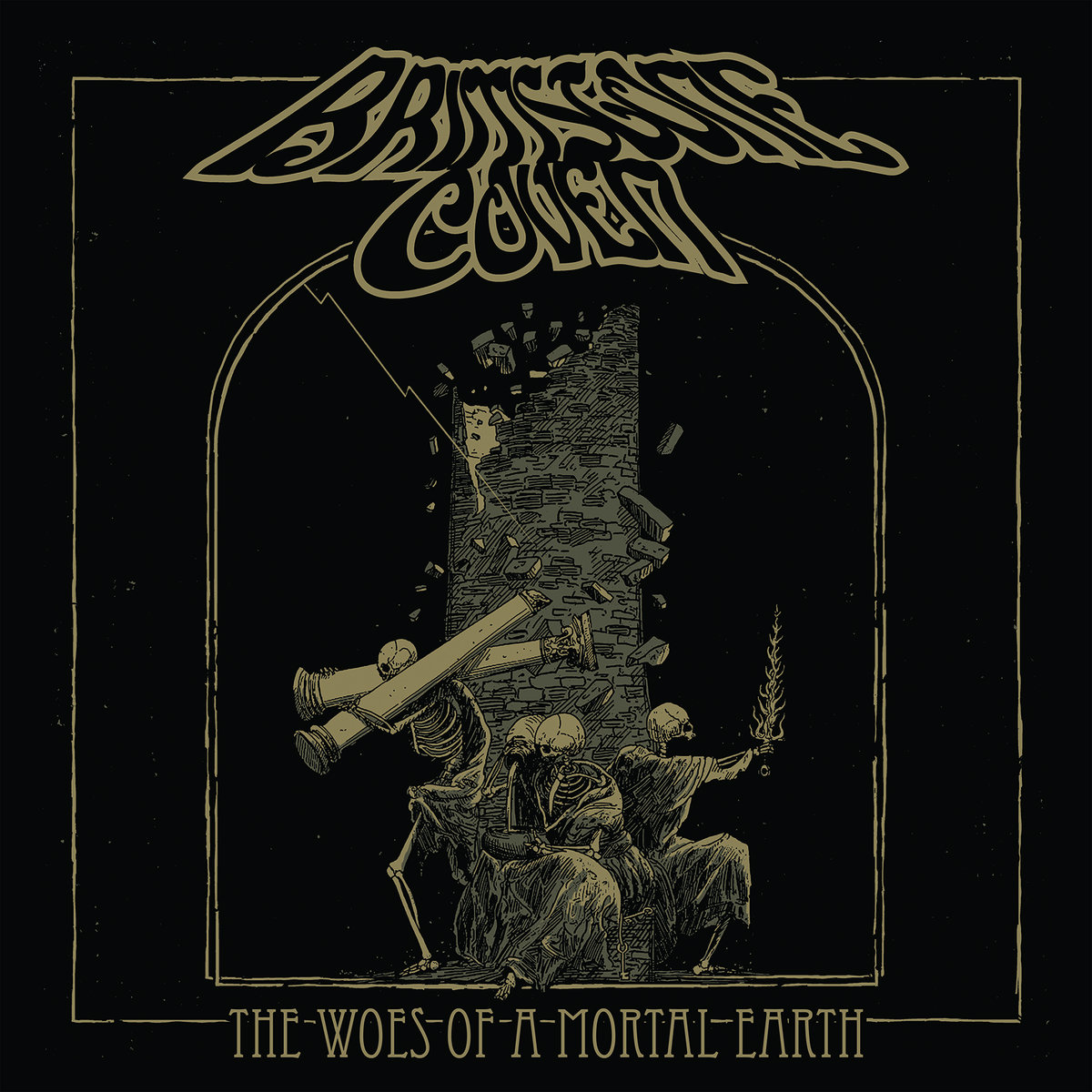 Having successfully reinvented themselves as a power trio on 2018’s What Was And What Shall Be, Brimstone Coven, doubles down on the template with The Woes Of A Mortal Earth (Ripple Music). The style remains rooted in Seventies-flavored Occult Rock with the songs largely being driven by simple guitar/bass grooves and wafting vocal harmonies. The atmosphere and drawn-out pacing further reinforce a trancelike mood that is relaxing, yet esoteric.

That relaxing component is especially strong on this album, resulting in what may be the group’s most laid-back effort thus far. While the riffing style has that same monolithic vibe as before, the noticeably lighter guitar tone pushes their inherent Hard Rock-isms to the forefront with less of that doomy bottom end hanging around. The drums also seem a bit more easygoing this time around, keeping to a loose but steady pace that gives the drawn-out vocal lines plenty of space to breathe.

On the flip side, the rather static pacing does result in some of the songs running together at times. Aside from the percussive climaxes of ‘The Inferno’ and ‘Live With A Ghost,’ the structures tend to stay at a uniform mid-tempo. There are a couple of outliers as ‘The Darker Half’ gets a little busier while the closing ‘Song Of Whippoorwill’ fully immerses itself in dark slowness, but these tend to feel more like minor adjustments than anything too drastically different. Fortunately, the hooks are pleasantly executed enough for this to not be too lethargic and only having six songs makes it more manageable, even inviting replay value in the right mood.

Overall, The Woes Of A Mortal Earth is another slice of enjoyable Occult Rock in the Brimstone Coven tradition. While I prefer the execution of the last few albums, those tropes are utilized just as well here and there are some great tracks on display. Those unfamiliar with the band are also sure to enjoy their unique mix of hypnotic grooves, otherworldly atmosphere, and well-crafted vocal layers. Brimstone Coven may have a well-established formula at this point, but it remains a formula that is all their own.