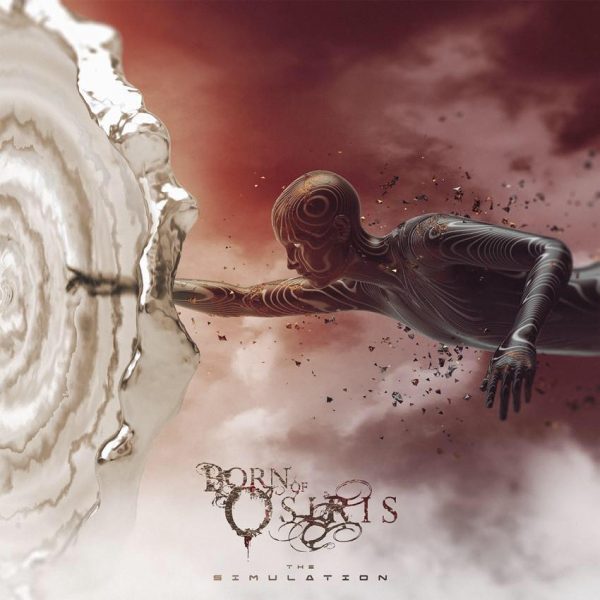 Along with the likes of After The Burial and Veil of Maya, Born Of Osiris spearheaded a wave of bands who looked to take Death/Metalcore into new realms with a healthy dose of electronics and progressive elements added to the mix. To this day their debut EP, The New Reign is a genre classic. The Simulation is their latest offering and comes off the back of a real return to form that was Soul Sphere (all Sumerian).

Fans of the band may well have already taken a stab in their own heads as to what this new album will sound like, as did I. Being a more than casual listener to BoO I should have known there was always going to be something new or different.

The first thing I noticed before I’d even pressed play on the thing was the actual run time, not something that overly concerned me, but was just surprised at the brevity of it. With eight songs clocking in around twenty-five minutes it was clear already that BoO were perhaps more laser-focused on getting the songs done before they decided to add too many bells and whistles to them.

‘The Accursed’ is the perfect lead-off track with an electronic build into a familiar beatdown rhythm; guitarist Lee McKinney, who continues to be one of the most underrated players, always manages to keep things tight and taut without ever really having to resort or overdo the hand wizard noodlings of previous albums. And, man, that twin vocal attack of frontman Ronnie Canizaro and keyboardist Joe Buras keeps that dynamic feel going throughout this track and the entire album!

It’s the key to any twin vocal, especially in Metalcore/Deathcore, that each voice has a personality and not just something that has a different level of heaviness or melody. BoO have this innate ability to make every song leap out and grab you. ‘Disconnectome’ and ‘Cycles Of Tragedy’ maintain the ferocity of the opener and then the real swerve comes with ‘One Without The Other’, a song brimming with an atmosphere not unlike the some of the softer moments of Fear Factory. This more melodic side of BoO proves that the experimentation of past albums is paying off in spades.

The level of quality of songwriting has never ever been an issue for this band but since the debut, they have not been able to put all of it on one album at the same time, such is the heights that are reached here. Being the opening salvo in what is a planned release of two shorter-form albums, The Simulation is a streamlined success that showcases everything the band has always been about and then some. The electronic elements might still irk some listeners, and I say to those that their argument is played out, as at the very least BoO are offering something unique whilst other bands continue to stagnate.